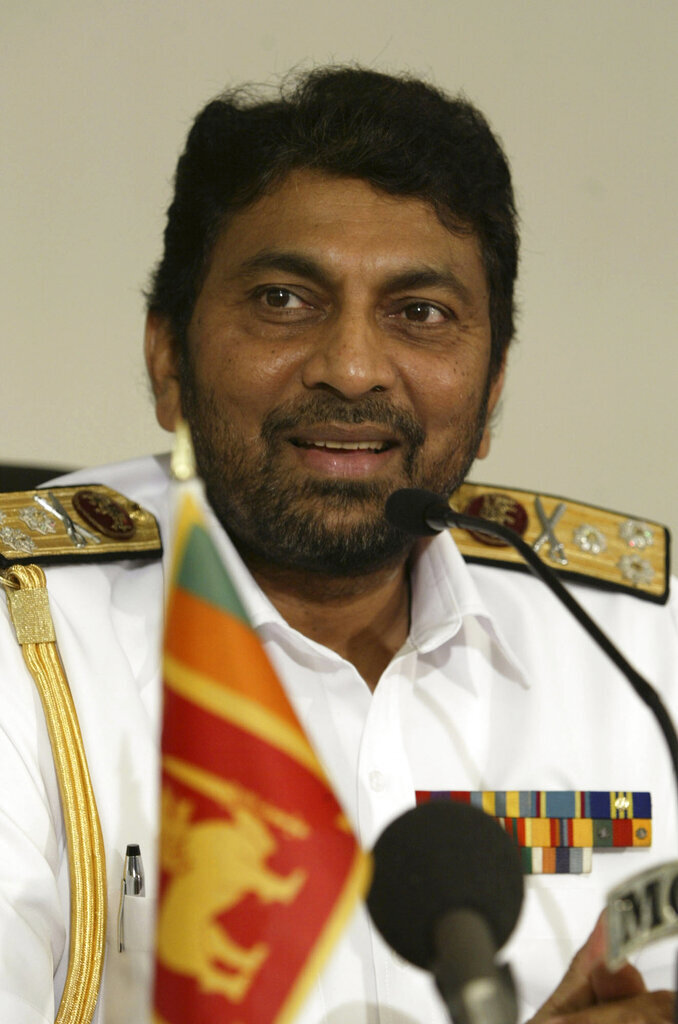 COLOMBO, Sri Lanka (AP) — A Sri Lankan court on Friday summoned the country’s attorney general and a former navy commander to explain the prosecutor's decision not to press charges for the abduction and deaths of 11 men during the country's civil war.

The families of the victims earlier this week filed a petition against the move to drop the charges against former navy Commander Wasantha Karannagoda, who had earlier been identified as one of the suspects in the abductions at the height of the civil war in 2008 and 2009.

The Court of Appeal asked the lawyers for the families to give a notice to Attorney General Sanjay Rajaratnam and Karannagoda to appear in court on Oct. 29, said Achala Seneviratne, the attorney representing the parents and relatives of the victims.

The 11 men, some of whom were just out of high school and awaiting travel for studies abroad, were allegedly abducted by navy sailors. Families say they were contacted later by the abductors who demanded money for their release. Despite paying the ransom, the men were not returned, they said.

Investigators said later that the men had been detained in at least two naval bases before being killed.

The abductions became one of the emblematic cases in how Sri Lanka deals with the human rights abuses during the war, which ended in 2009.

The Sri Lankan government in 2015 told the U.N human rights council that it would investigate violations by both sides and prosecute them in local courts.

However, President Gotabaya Rajapaksa, during his 2019 election campaign, promised to defend the military from prosecution and after his election, pardoned a soldier who was on death row for killing civilians including children by slitting their throats.