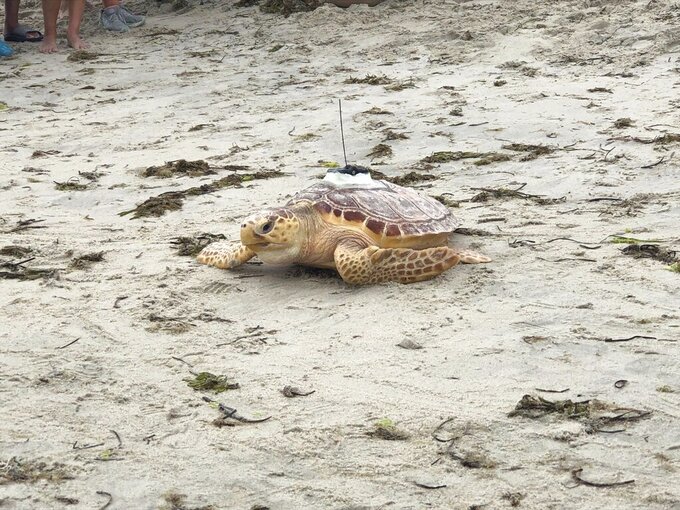 BOSTON (AP) — Marine researchers in New England said Tuesday they have collected data from tags that were surgically implanted in sea turtles for the first time.

Scientists with the New England Aquarium who performed the work said it could lead to improvements in the way researchers monitor threatened species of turtles.

The loggerheads were rehabilitated at the Boston-based aquarium's turtle hospital and released earlier this year with the acoustic tags implanted in their bodies.

Acoustic receivers in Nantucket Sound off Massachusetts showed multiple detections earlier this month, the researchers said. Scientists have long used turtle tagging to monitor the animals, but the tags have previously been placed on their shells using an epoxy.

Kara Dodge, a research scientist with the aquarium’s Anderson Cabot Center for Ocean Life, said the new tagging method will make it easier to monitor injured turtles that are released back into the wild after rehab.

The tags allow scientists to “assess rehabilitated turtles’ survivorship over time and resumption of normal behaviors in the wild,” she said.