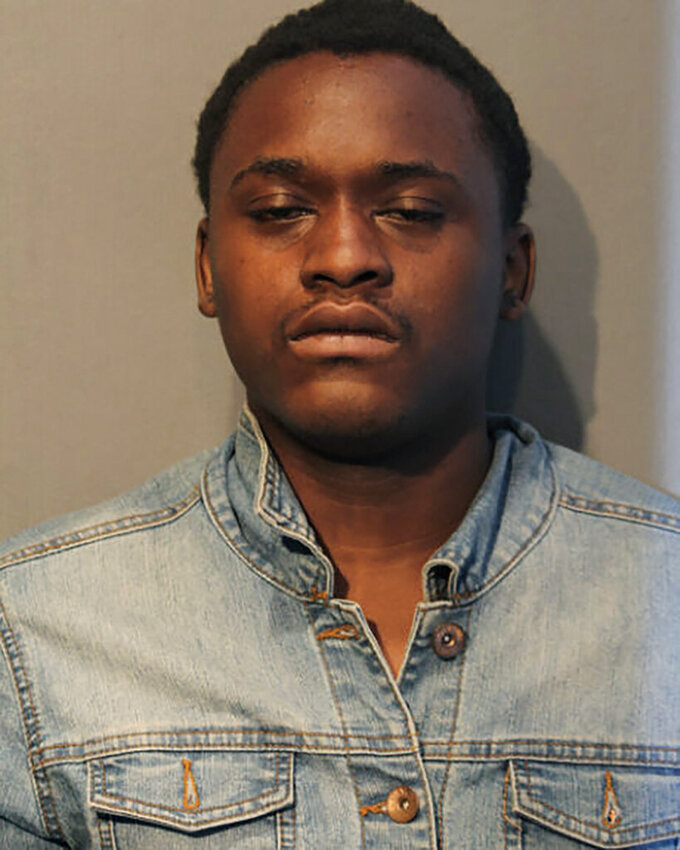 CHICAGO (AP) — Two people, an 18-year-old and a 17-year-old, were charged Friday with first-degree murder in the death of a 73-year-old Chicago man during an attempted carjacking.

The older suspect, Frank Harris, was ordered held without bond Friday in the death of 73-year-old Keith Cooper. Harris also is charged with vehicular hijacking. The younger suspect, whose name was not released because he’s a juvenile, also is charged with attempted aggravated battery of a victim 60 or older. No hearing has been held for the 17-year-old as prosecutors consider charging him as an adult.

“The victim was a veteran who survived wars but didn’t survive his encounter with this defendant and his co-defendant,” Assistant Cook County State’s Attorney James Murphy said at Harris’ bond hearing.

During his ruling to withhold bond, Judge Charles S. Beach II noted Harris was on probation for another carjacking when he allegedly attacked Cooper. Harris, a juvenile at the time, used a replica handgun in that incident, Murphy said.

Prosecutors say the younger suspect snatched keys from Cooper as he approached his vehicle Wednesday in a strip-mall parking lot in Chicago’s Hyde Park neighborhood. When Cooper tried to retrieve his keys, Harris struck him. When the suspects couldn’t get inside the vehicle, they allegedly ran off. Cooper collapsed to the ground two minutes later and couldn’t be revived despite the efforts of a bystander and paramedics. The Cook County medical examiner’s office has not yet ruled on the cause and manner of Cooper’s death.

The two suspects were arrested about a half-mile away as they were changing out of their clothing in a synagogue parking lot, Murphy said. Surveillance cameras captured the attack and two witnesses identified Harris as the man who struck Cooper.

An assistant public defender said Harris, a high school student, had a paid position with the violence prevention program Good Kids Mad City. Kofi Ademola, a supervisor for the program said, Harris received a stipend for helping distribute food and care packages during the early months of the pandemic, but hasn’t been seen in about a year.