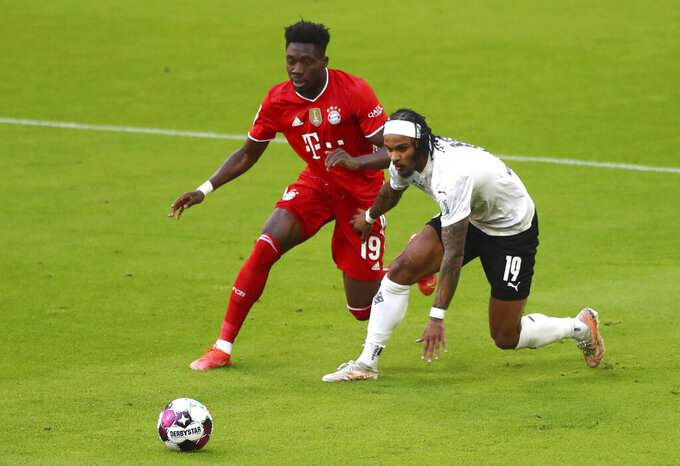 Canada will play its next two World Cup qualifiers in the United States due to coronavirus travel restrictions.

The Canadians' road game against Aruba on June 5 will be played at the IMG Academy in Bradenton, Florida, the Canadian Soccer Association said Monday.

The June 8 home match against Suriname will be played at SeatGeek Stadium in Bridgeview, Illinois, the home of Major League Soccer's Chicago Fire from 2006-19 and currently of the National Women's Soccer League's Chicago Red Stars.

Canada opened qualifying with a 5-1 win over Bermuda on March 25 at Orlando, Florida, then routed the Cayman Islands 11-0 four days later at Bradenton.

Canada leads Group B of the North and Central American and Caribbean region on goal difference over Suriname (2-0, plus-nine).

The group winner advances to a home-and-home matchup on June 12 and 15 against the Group E winner — Haiti, Nicaragua, Belize or the Turks and Caicos — for a berth in the eight-nation regional finals, which will include the United States, Mexico, Costa Rica, Honduras and Jamaica.

“The reality of the global pandemic and the priority to keep our communities in Canada safe means the match will be played at a neutral site in Chicago with no home advantage, but we will embrace that challenge," Canada coach John Herdman said in a statement.