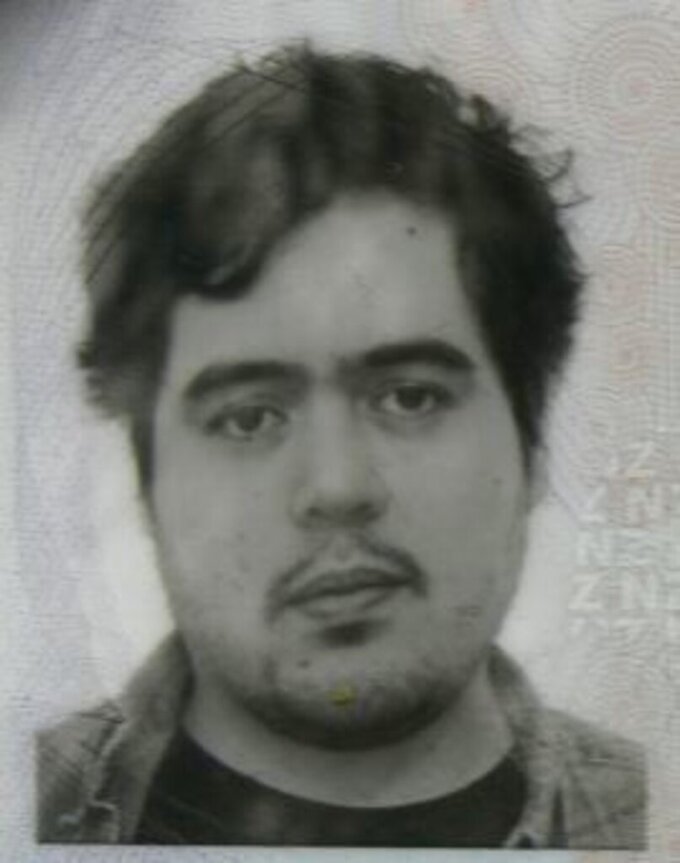 Uncredited, ASSOCIATED PRESS
FILE - This photo provided by the Goochland County Sheriff's Office shows a New Zealand passport photo, of Troy George Skinner, who was shot while allegedly trying to kidnap a 14-year-old Virginia girl he met online. Skinner, 28, who was scheduled to face trial next month on two counts of attempted kidnapping and nine counts related to the production of child pornography, has reached a plea agreement with federal prosecutors. (New Zealand Passport Office/ Goochland County Sheriff's Office via AP)

RICHMOND, Va. (AP) — A New Zealand man who was shot while allegedly trying to kidnap a 14-year-old Virginia girl he met online has reached a plea agreement with federal prosecutors.

Troy George Skinner, 28, of Auckland, New Zealand, was scheduled to face trial next month on two counts of attempted kidnapping and nine counts related to the production of child pornography. But electronic court records show that the jury selection process was terminated last week and a plea agreement hearing in the case has been scheduled for July 29.

Skinner was arrested in June 2018 after he showed up at the Goochland home of the girl and tried to break in. Authorities said the girl’s mother warned him several times that she had a gun, then shot him after he broke the glass on the second door he tried to open. Skinner recovered from a bullet wound to his neck.

It was not immediately clear what charges are included in the plea agreement. A spokeswoman for Acting U.S. Attorney Raj Parekh declined to comment on the terms of the agreement. Skinner's lawyers did not return telephone messages and emails seeking comment.

Federal authorities said Skinner met the girl online in December 2017, when he was 24 and she was 13, although she told him she was 16, an FBI agent wrote in an affidavit when he applied for a warrant to search Skinner's cell phones. They communicated via chat sessions and livestream video sessions, and had an online sexual relationship, according to the affidavit.

Authorities have not named the girl because of her age. In court documents, prosecutors said that when the girl tried to end their relationship, Skinner “started harassing her and attempting to manipulate her with threats of suicide.” The girl eventually cut off contact with Skinner.

Skinner left Auckland on June 20, 2018, traveled to the U.S. and arrived at the girl’s house uninvited on June 22 after stopping at a Walmart store and buying pepper spray, a folding knife and duct tape, according to the affidavit.

Former Goochland County Sheriff James Agnew said the girl, her teenage sister and her mother saw Skinner attempting to break in to their home. He disclosed that information in the days after Skinner's arrest.

Agnew said Skinner first tried to break down a basement door with a brick and appeared to ignore warnings from the girl’s mother that she was armed. Agnew said Skinner then climbed some steps to the deck and smashed a glass door with the brick. He said the girl’s mother warned Skinner again that she had a gun, but he reached in to try to unlock the door. She fired twice, hitting him once in the neck, Agnew said. Skinner collapsed in a neighbor’s yard.

A federal indictment filed against Skinner in September 2019 alleges that Skinner, while in New Zealand, induced the girl to engage in sexually explicit conduct to produce child pornography.

Skinner pleaded not guilty to the charges. His lawyers argued that because all of Skinner's contact with the girl was virtual and the two never physically touched each other, the images did not constitute child pornography.

The details of his plea agreement with prosecutors are expected to be revealed during the July 29 hearing in U.S. District Court in Richmond. He faces the possibility of decades in prison, but it is unclear what kind of sentencing recommendation could be included in the plea agreement.