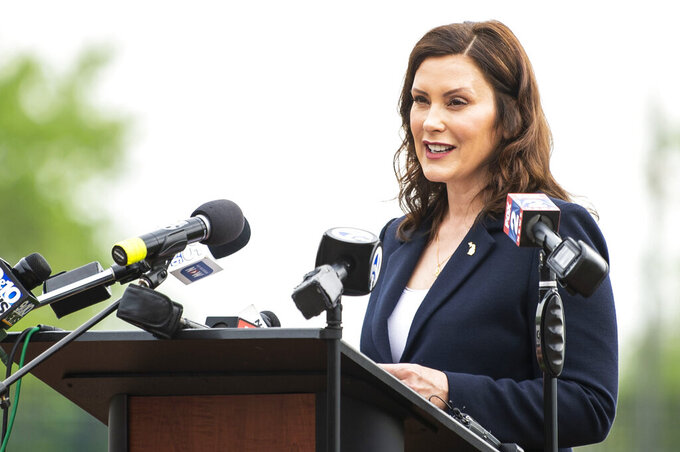 LANSING, Mich. (AP) — A task force will examine Michigan's treatment of juveniles in the state's criminal justice system as well as factors that lead to youth getting caught up in that system, according to an executive order signed by Gov. Gretchen Whitmer.

The creation of the Task Force on Juvenile Justice Reform was announced Wednesday in Lansing.

“We have a lot of work to do to address, juvenile justice in Michigan and starting to take an honest look and an honest assessment of where we are,” Whitmer said. “The state of Michigan still detains youth at one of the highest rates in the nation and still detains youth for non-criminal behavior. This has to change.”

Michigan has seen a year of great bipartisan criminal justice reform in the form of several bill being signed into law to limit pre-trial incarceration, license suspensions and a series of “ Clean Slate ” criminal record bills, but it still has a long way to go in properly serving youths, Lt. Gov. Garlin Gilchrist II said.

Gilchrist referenced one incident that garnered national attention last summer. A 15-year-old suburban Detroit girl was sent to a juvenile facility for failing to complete her schoolwork. ProPublica reported that the girl had ADHD and struggled to transition to online learning and fell behind.

“One mistake must not define a child’s life," Gilchrist said. “We must have systems in place that educate and support our children, especially when they make mistakes when they’re facing traumatic circumstances or come into contact with our legal system.”

The task force is going to examine the practices of other states who have successfully implemented support systems for youth to avoid and start over after they've made a mistake, Gilchrist said.

The task force is expected to have a data-driven report with policy recommendations finished by late July in 2022.

Anna Liz Nichols is a corps member for the Associated Press/Report for America Statehouse News Initiative. Report for America is a nonprofit national service program that places journalists in local newsrooms to report on undercovered issues.