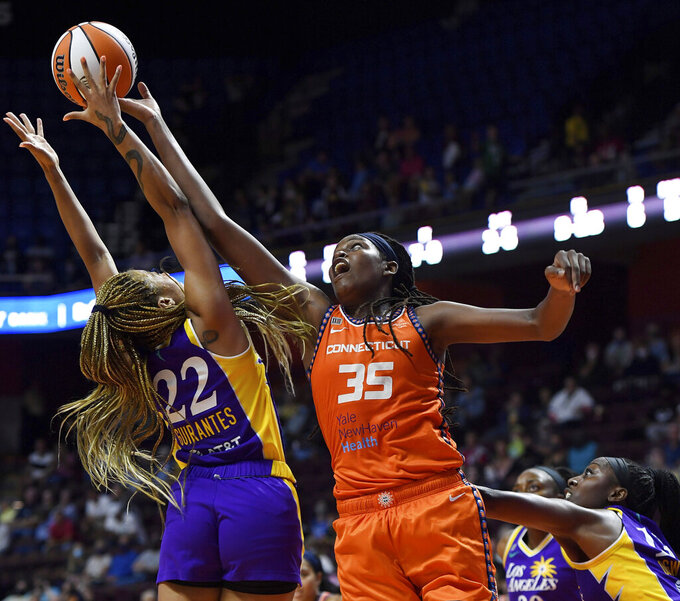 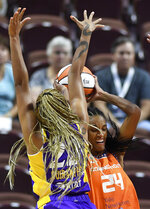 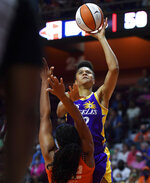 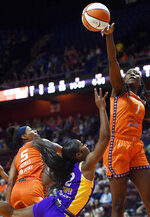 UNCASVILLE, Conn. (AP) — Brionna Jones scored 17 of her 23 points in the second half, Jonquel Jones had 22 points and 11 rebounds, and Connecticut beat the Los Angeles Sparks 76-72 on Thursday night for the Sun's seventh straight victory.

Kristi Toliver made a 3-pointer with 1:01 left to pull Los Angeles within 74-70 and after a DeWanna Bonner turnover, Erica Wheeler converted a layup at 29.3 for a two-point deficit.

Jonquel Jones sealed it with a cut to the basket with 13.1 left.

Bonner finished with 14 points and Jasmine Thomas had 13 for Connecticut (19-6), which sits atop the WNBA standings. Thomas also had six assists and four steals.

Nia Coffey scored 18 points for Los Angeles (10-15), which faces Connecticut on Saturday. Nneka Ogwumike and Wheeler each added 13 points and Brittney Sykes had 11.