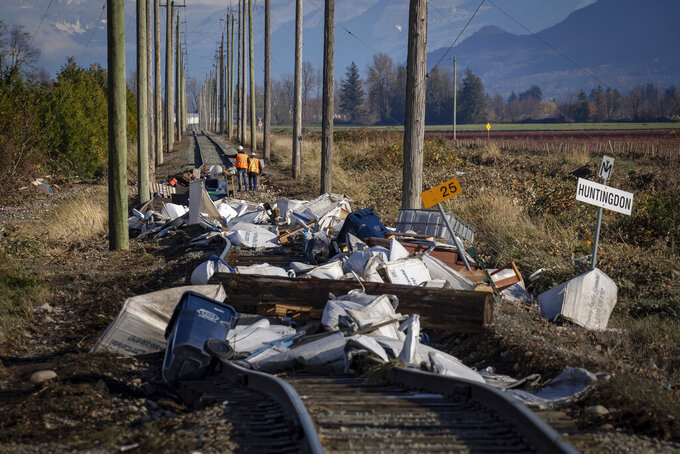 VANCOUVER, British Columbia (AP) — The British Columbia Coroners Service has confirmed the discovery of three more bodies near the village of Pemberton, bringing to four the number of people who died in a landslide caused by heavy rains that swept vehicles off the road.

The search continues for a fifth body, chief coroner Lisa Lapointe said in a statement Saturday.

The mudslide occurred Monday when a wave of rock and debris covered a section of the highway between Lillooet and Pemberton.

The body of a woman was recovered Monday.

Lapointe said another body was recovered Wednesday and two additional bodies were found on Thursday.

“Efforts continued Friday to locate a fifth person reported as missing, but unfortunately those attempts were unsuccessful,” she said.

The British Columbia government announced Friday it is limiting the amount of fuel people can purchase at gas stations in some parts of the province and is restricting nonessential travel as highways begin to reopen following the storms.

Provincial Public Safety Minister Mike Farnworth said nonessential vehicles will be limited to about eight gallons (30 liters) per trip to the gas station. The order is expected to last until Dec. 1.

The precautionary closure of the Trans Mountain Pipeline during the flooding has raised concerns about a fuel shortage in province’s Lower Mainland and Vancouver Island.