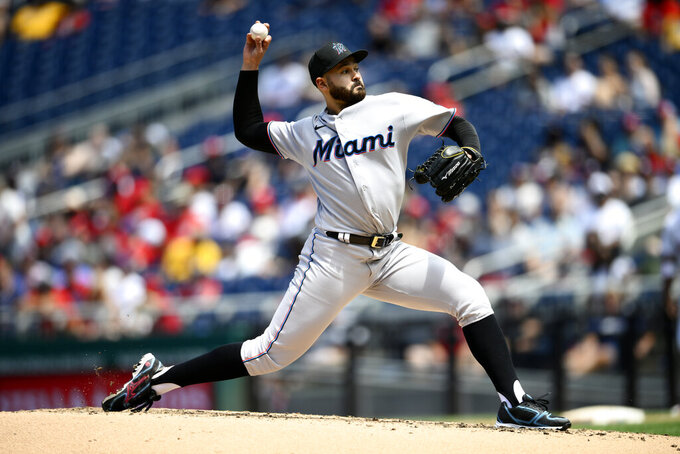 WASHINGTON (AP) — Pablo López of the Miami Marlins had his no-hit bid at the Washington Nationals broken up by the first batter he faced in the seventh inning.

Josh Bell lined a double to left and scored on Nelson Cruz’s single to end the shutout possibility for López, who allowed three hits in a row to start the seventh.

He had thrown 80 pitches through six innings, issued four walks and hit three batters along with five strikeouts

The 26-year-old was making his 16th start this season and 78th of his major league career, all with the Marlins. He entered 5-4 with a 2.98 ERA this year.

Washington lost Juan Soto to an apparent left leg injury. Soto was wincing in pain after making a throw in right field in the top of the third and left the game after getting caught in a rundown in the bottom of the fourth.