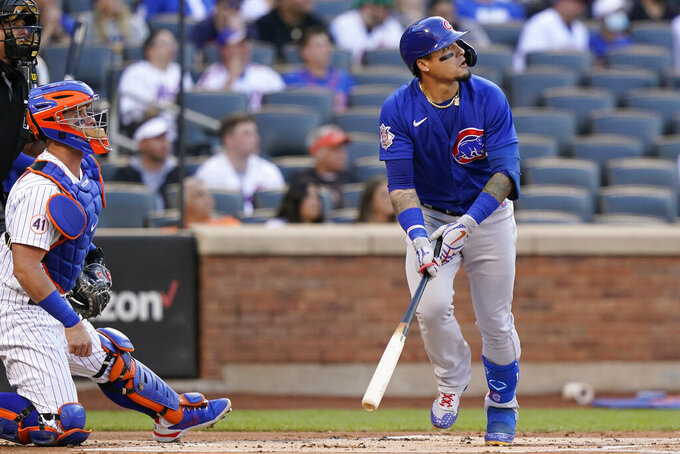 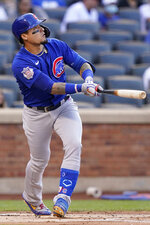 Without throwing a single pitch that reached 90 mph, Hendricks flummoxed the Mets for six innings Thursday night to win his career-best seventh straight start and lead the Chicago Cubs over the New York Mets 2-0.

That's how the 31-year-old does it: He averages several ticks under 90 mph with the third-slowest fastball among major league starters.

“It obviously has become more of a velocity game, but there are still guys that go out and can pitch,” Hendricks said. “I just try and focus on myself, and that has to be my game. So I go out and try and execute pitches and change up timing and work quick.”

Javier Báez hit a two-run homer in the first off Marcus Stroman, and the Cubs avoided a four-game series sweep despite getting just four hits.

Hendricks (9-4) combined on a two-hitter with Andrew Chafin (pitching on his 31st birthday), Ryan Tepera and Craig Kimbrel.

Kimbrel tied for the major league lead in saves with his 19th in 21 chances and matched Jeff Reardon for 10th place on the career list at 367.

Neither team got a hit after the fourth inning in the epitome of 2021 baseball, combining to go 0 for their final 34. The final 17 Mets made out in order, and the only one of the Cubs' last 17 to reach base got there on an error by shortstop Francisco Lindor.

Hendricks struck out seven and walked two, retiring his last eight batters after consecutive walks in the fourth.

He improved to 4-0 against the Mets, who had trouble adjusting to his relatively soft arsenal. The fastest of his 92 pitches was 89.3 mph; his 87.1 mph fastball average entering was 186th among 188 qualified pitchers, ahead of only Adam Cimber of Miami (86.9) and submarining Tyler Rogers of San Francisco (82.3), according to MLB Statcast.

“If you look on paper, it’s nothing it’s going to wow you with,” Cubs manager David Ross said. “This is just the real art of pitching, and he goes out and does it every single time he takes the bump.”

Hendricks' ERA is 4.13, down from 7.54 at the end of April. He doesn't consider himself a possible All-Star.

“My numbers are still very inflated, I think, so it would be a surprise to me," he said.

Chicago pitched just its third shutout of the season but second in five games. The Cubs got a win despite hitting .138 (17 for 123) in the series with nine runs with eight walks and 49 strikeouts.

Stroman (6-5) gave up four hits in seven innings with eight strikeouts and one walk. He threw 25 split-changeups, a new pitch for him this season.

“Mechanically I was a little off in the first,” Stroman said. “Core wasn't activated, wasn't getting to my legs.”

Stroman allowed a single to Kris Bryant with one out in the first, and Báez hit a hanging slider into the motorized 18-by-16-foot apple in the center field batter’s eye that is raised to celebrate Mets home runs. Báez’s 16th home run this season was his second of the series.

Bryant was back at third base and went 1 for 4 with two strikeouts, two nights after he was hit on the right hand by a Taijaun Walker pitch. Bryant’s throwing hand was wrapped.

New York lost for only the third time in its last 17 home games and is 20-7 at Citi Field. The Mets were 0 for 7 with runners in scoring position.

Mets 1B Pete Alonso made a diving stop on Sergio Alcantara in the seventh, then dove glove-first into the base for the out. ... CF Kevin Pillar had a leaping catch on Joc Pederson at the top of the wall in the fifth.

Mets: An MRI of ace RHP Jacob deGrom showed no abnormalities, the team said after it was examined by New York medical director David Altchek and Los Angeles Dodgers head team physician Dr. Neal ElAttrache. ... RF Michael Conforto (strained right hamstring) went 0 for 4 for in his second rehab game at Triple-A Syracuse. 2B Jeff McNeil (strained left hamstring) was 1 for 4 in his third game at Syracuse and could rejoin