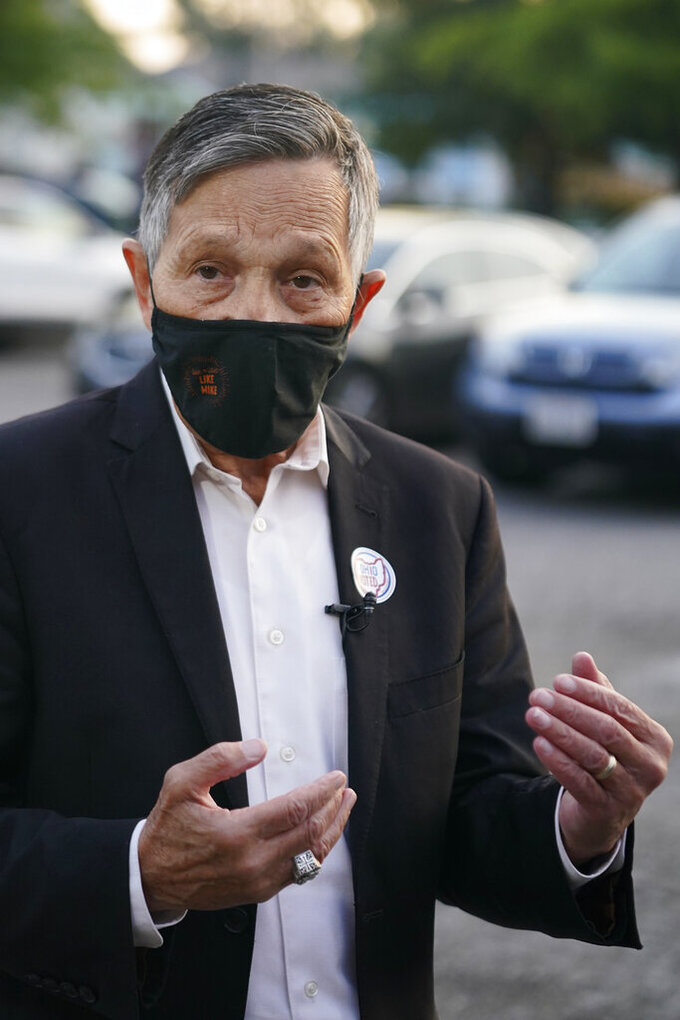 Tony Dejak, ASSOCIATED PRESS
Former Cleveland Mayor and U.S. Rep. Dennis Kucinich speaks to the media after voting, Tuesday, Sept. 14, 2021, in Cleveland. The Cleveland mayoral primary has seven candidates vying for the position. The top 2 from the mayoral primary will compete in the Nov. 2 general election. (AP Photo/Tony Dejak) 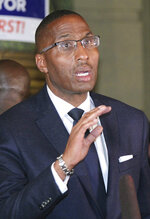 CLEVELAND (AP) — Nonprofit executive Justin Bibb had a lead Tuesday night in Cleveland’s mayoral primary race, which narrowed a field of seven candidates to two, according to unofficial election results.

With 100% of precincts reporting, Bibb had the unofficial lead and City Council President Kevin Kelley was in second place. The top two vote-getters will face off for office in the Nov. 4 general election. Both men are Democrats.

The 74-year-old Kucinich drew attention as the youngest big-city mayor in the U.S. after his election in 1977.