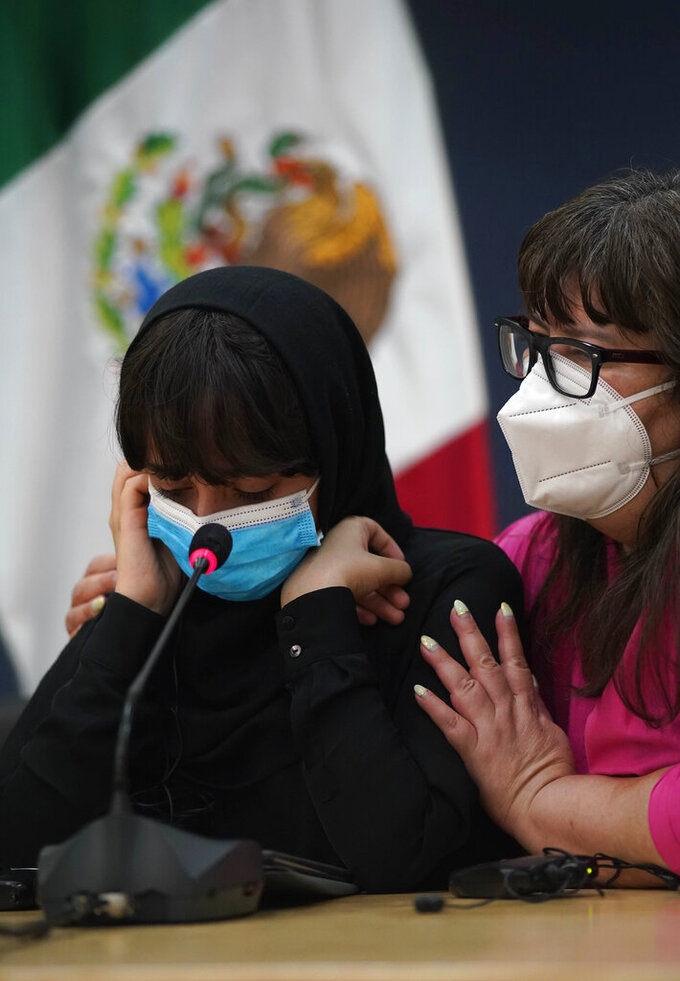 Eduardo Verdugo, ASSOCIATED PRESS
One of the original members of the Afghan all-girls robotics team, who have received threats from the Taliban, is comforted by a woman during a press conference after arriving to the Benito Juarez International Airport in Mexico City, Tuesday, Aug. 24, 2021. After extensive international efforts and coordination from a diverse group of volunteers to evacuate the team, the girls are now begging the international community to help get their family to safety with them. (AP Photo/Eduardo Verdugo)

MEXICO CITY (AP) — Mexico accepted its first group of refugees from Afghanistan on Tuesday as five women and one man arrived in Mexico City.

They were welcomed by Foreign Relations Secretary Marcelo Ebrard, who told the group, “Welcome to your home.”

The young women, who had to travel through six countries to reach Mexico, have competed in robotics competitions. They fled Afghanistan after the Taliban took control of the country earlier this month. The Taliban have been hostile to women working or going to school after a certain age.

Ebrard said Mexico would grant them “whatever legal status they consider best.” That could include giving them asylum or refugee status.

One member of the group thanked Mexico, saying the country had saved their lives.