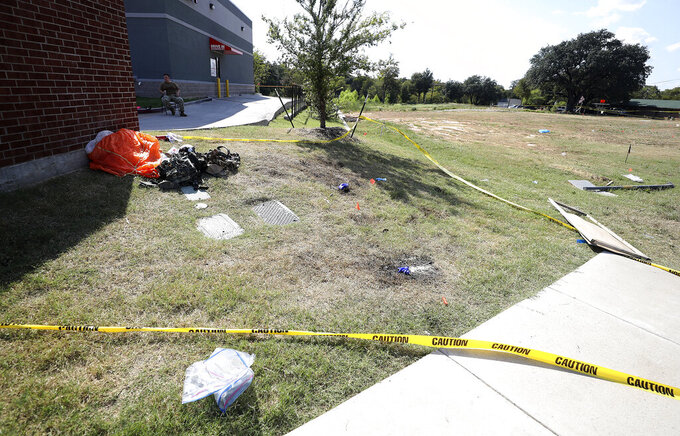 Amanda McCoy, ASSOCIATED PRESS
A parachute and other items remain outside an Ole Donut where one pilot landed after ejecting from a military training jet before it crashed Sunday, Sept. 19, 2021, in Lake Worth, Texas. The jet crashed Sunday in a neighborhood near Fort Worth, Texas, injuring the two pilots and damaging three homes but not seriously hurting anyone on the ground, authorities said. (Amanda McCoy/Star-Telegram via AP) 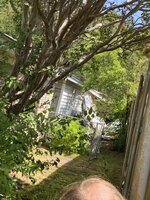 LAKE WORTH, Texas (AP) — One of the two pilots injured when their military training jet crashed into a suburban Fort Worth, Texas, neighborhood over the weekend has been released from the hospital.

The instructor pilot was released from the hospital Monday, the Chief of Naval Air Training in Corpus Christi said in a statement.

Three homes were damaged in Sunday's crash, but no one on the ground was seriously injured. The two pilots ejected from the aircraft before it crashed into the neighborhood in Lake Worth, which is just west of Fort Worth.

Lake Worth police have said that one of the pilots was electrocuted after being caught in power lines.

Navy officials have said that the Navy T-45C Goshawk was on a routine training flight that originated from an airport in Corpus Christi, about 350 miles (563 kilometers) south of Lake Worth along the Gulf Coast. The jet was based at Naval Air Station Kingsville, near Corpus Christi.

Navy officials say the investigation into what caused the crash is ongoing.