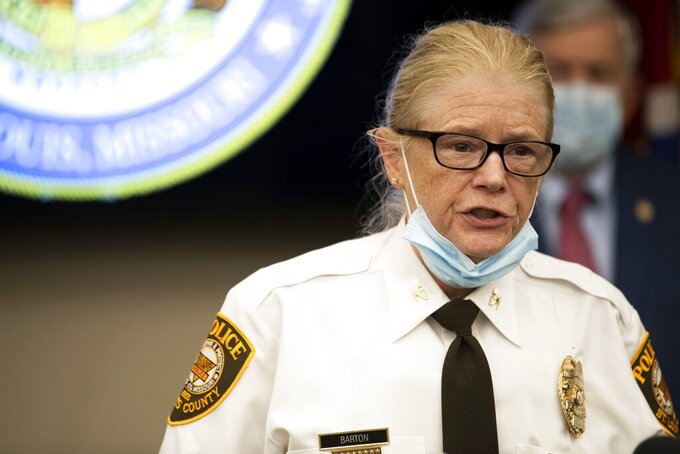 CLAYTON, Mo. (AP) — St. Louis County Police Chief Mary Barton, who has been criticized for her handling of racial discrimination complaints, announced Friday that she will retire.

Barton, who was appointed chief in April 2020, said she would step down after a leave of absence scheduled to begin Sunday. The leave will allow her to continue to be paid while she used accrued vacation time, The St. Louis Post-Dispatch reported.

In response to the criticism, Barton said she was doing her best to make positive changes.