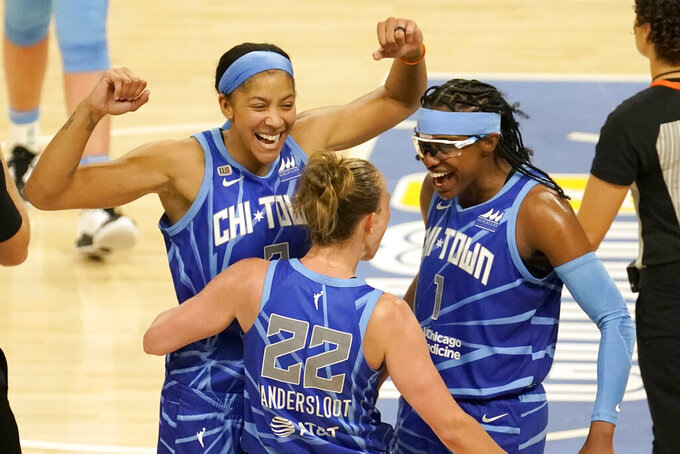 Charles Rex Arbogast, ASSOCIATED PRESS
Chicago Sky's Candace Parker, left, and Diamond DeShields (1) celebrate with Courtney Vandersloot after Vandersloot was fouled and scored in the act of shooting during the second half of a WNBA basketball game against the Connecticut Sun Thursday, June 17, 2021, in Chicago. The Sky won 81-75. (AP Photo/Charles Rex Arbogast) 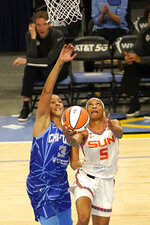 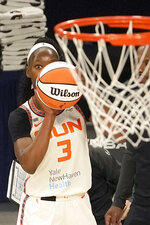 Chicago trailed 40-31 early in the third quarter before taking the lead, 49-47, on Diamond DeShields' 3-pointer with 2:27 remaining in the third. The Sky scored the first six points of the fourth for a double-digit lead.

Connecticut was still missing Jonquel Jones, who is over playing in the EuroBasket tournament.

The teams face each other again on Saturday.