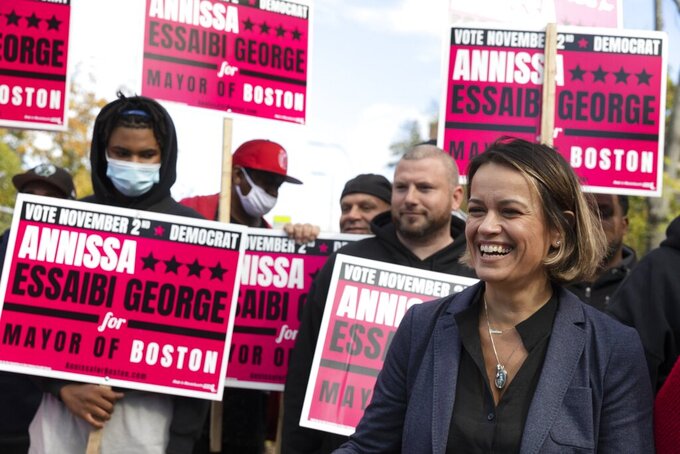 Bostonians who are registered to vote can cast their ballots at any of a number of early voting locations across the city starting Saturday and running through next Friday, Oct. 29.

The race pits Boston city councilor Michelle Wu against fellow councilor Annissa Essaibi George. Wu, 36, whose parents immigrated to the U.S. from Taiwan, grew up in Chicago and moved to Boston to attend Harvard University and Harvard Law School. Essaibi George, 47, a lifelong Boston resident, describes herself as a first-generation Arab-Polish American.

Throughout its long history, Boston has previously elected only white men as mayor. Wu and Essaibi George are both Democrats, though the office is nonpartisan.

The two candidates spoke Saturday during a Town Hall forum at the Morning Star Baptist Church in the Mattapan neighborhood of Boston, then spent time campaigning. Wu was joined at a campaign event by Massachusetts Democratic Sen. Elizabeth Warren.

Voters also are electing candidates for City Council. Election Day is Tuesday, Nov. 2, when early and absentee votes will be counted after polling stations close, along with ballots cast that day.