Skip to main content
AP-US-Trump-Legal-Troubles, 1st Ld-Writethru
Back to Story 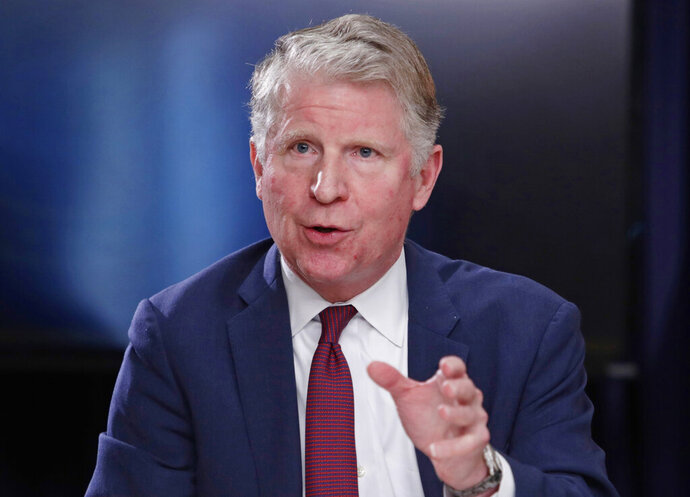 FILE - In this May 10, 2018, file photo, Manhattan District Attorney Cyrus R. Vance, Jr., responds to a question during a news conference in New York. Vance Jr. fought for a year and a half to get access to former President Donald Trump’s tax records. Now, thanks to a U.S. Supreme Court ruling, he will soon have them. But what will that mean for the Democrat’s investigation into Trump’s business affairs? Former prosecutors say the trove of records could give investigators new tools to determine whether Trump lied to lenders or tax officials. The former president has argued for years that he broke no laws and has been unfairly targeted by Democrats for political reasons. (AP Photo/Frank Franklin II, File)