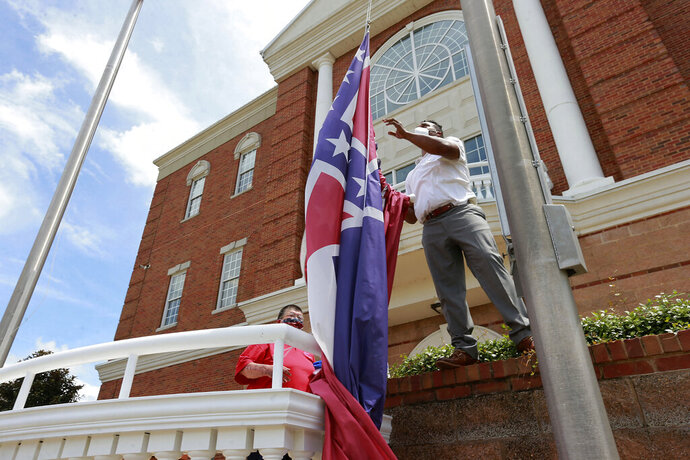 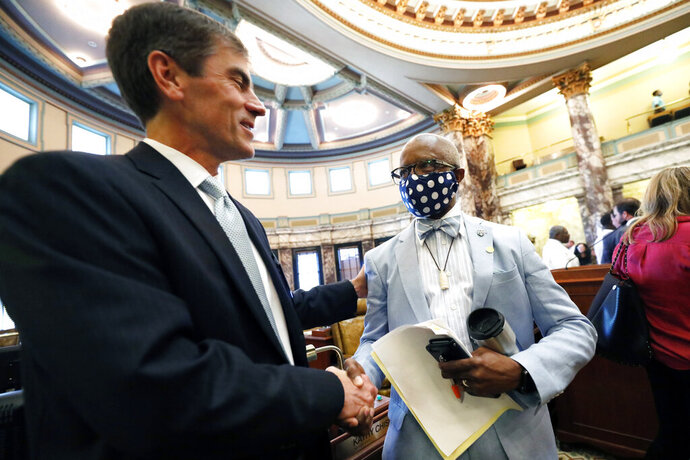 FILE - In this June 28, 2020, file photo, Sen. Briggs Hopson, R-Vicksburg, left, is congratulated by Sen. Hillman Frazier, D-Jackson after the Senate voted to change the Mississippi state flag at the Capitol in Jackson, Miss. Hopson presented the bill to the body. Both chambers of the Mississippi Legislature passed the bill to take down the state flag, which contains the Confederate battle emblem. (AP Photo/Rogelio V. Solis, File) 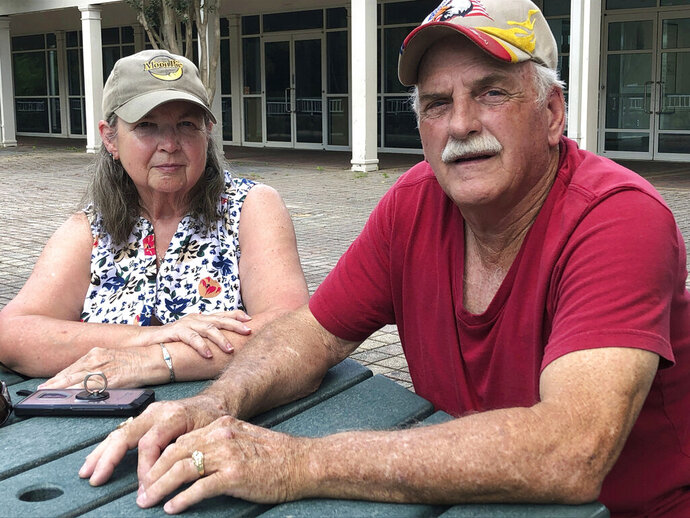 In this June 29, 2020, photo, Patty and Toby Howard discuss the Confederate battle flag during a visit to Stone Mountain Park in Stone Mountain, Ga. Long a symbol of pride to some and hatred to others, the flag is losing its place of official prominence in Southern culture 155 years after the Civil War ended. “I don’t see it as related to slavery,” said Howard. "To us, it just represents being from the South.” (AP Photo/Kate Brumback) 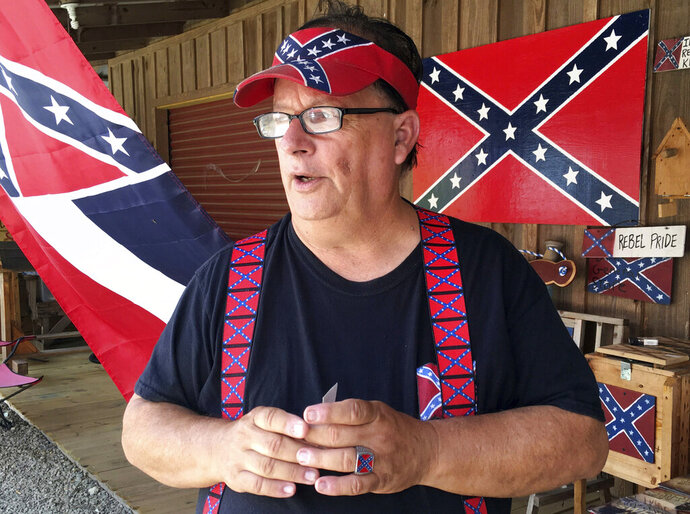 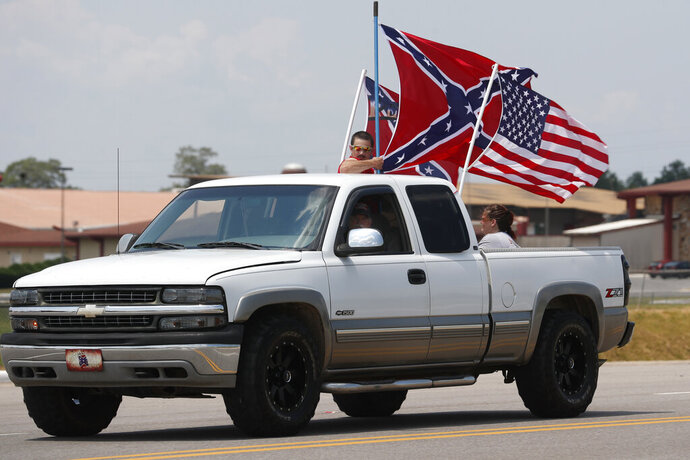 FILE - In this June 21, 2020, file photo, race fans fly Confederate battle flags and a United States flag as they drive by Talladega Superspeedway prior to a NASCAR Cup Series auto race in Talladega, Ala. The Confederate battle flag is losing its place of official prominence in the South 155 years after the end of the Civil War. NASCAR, has banned the rebel banner from its car races. (AP Photo/John Bazemore, File) 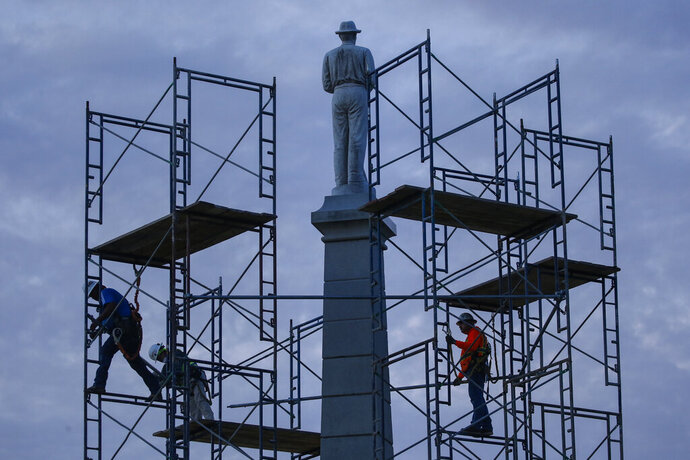 FILE - In this June 24, 2020, file photo, construction workers remove the final soldier statue, which sat atop The Confederate War Memorial in downtown Dallas. The Confederate battle flag is losing its place of official prominence in the South 155 years after the end of the Civil War and some Southern localities have removed memorials and statues dedicated to the Confederate cause. (Ryan Michalesko/The Dallas Morning News via AP, File) 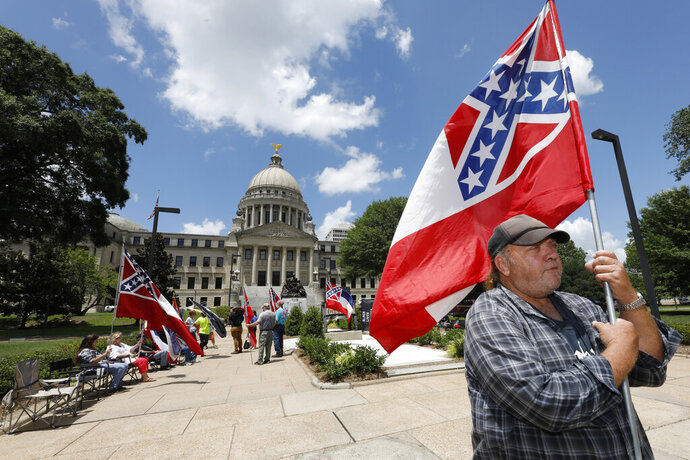