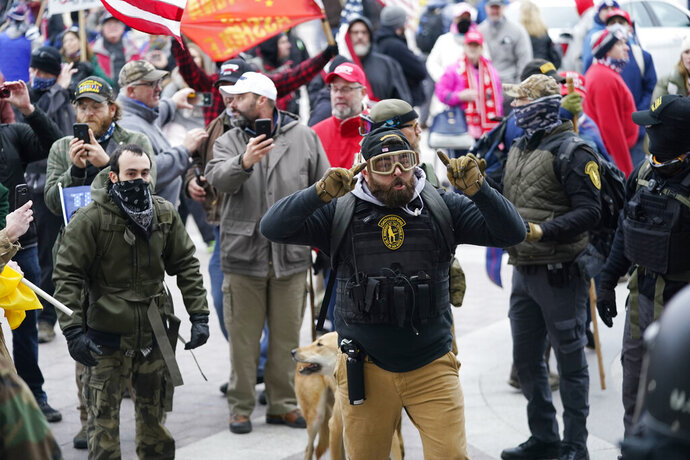 FILE - In this Jan. 6, 2021, file photo, Trump supporters gather outside the Capitol in Washington. As rioters converged on the U.S. Capitol building, the grounds normally hailed as the seat of American democracy became a melting pot of extremist groups. Militia members, white supremacists, paramilitary organizations and fervent supporters of outgoing President Donald Trump stood shoulder to shoulder, unified in rage. Experts say years of increasing partisanship and a growing fascination of paramilitary groups combined with the coronavirus pandemic to create a conveyor belt of radicalization. (AP Photo/Manuel Balce Ceneta, File) 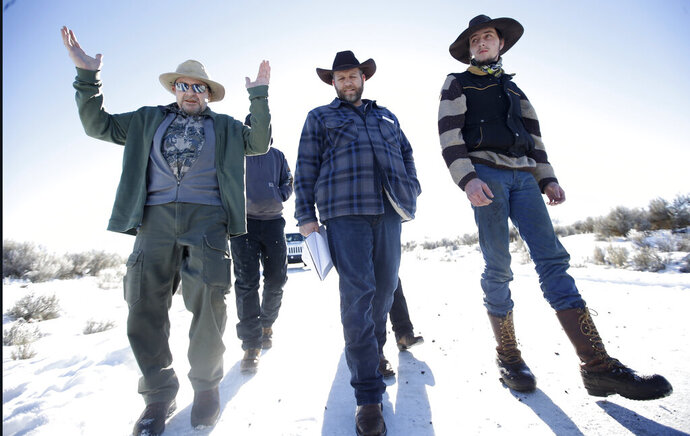 FILE - In this Jan 8, 2016, file photo, Burns resident Steve Atkins, left, talks with Ammon Bundy, center, one of the sons of Nevada rancher Cliven Bundy, following a news conference at Malheur National Wildlife Refuge near Burns, Ore. Cliven and his sons Ryan and Ammon have engaged in armed standoffs with the federal government, first in a fight over grazing permits on federal land in Nevada in 2014, and then in a 40-day occupation of the Malheur Wildlife Refuge in Oregon in 2016. Those standoffs drew the sympathies of some Western ranchers and farmers who feared they were losing the ability to prosper financially. (AP Photo/Rick Bowmer, File)