Skip to main content
AP-FBN-Catholic-Bishop-Tom-Brady, 1st Ld-Writethru
Back to Story 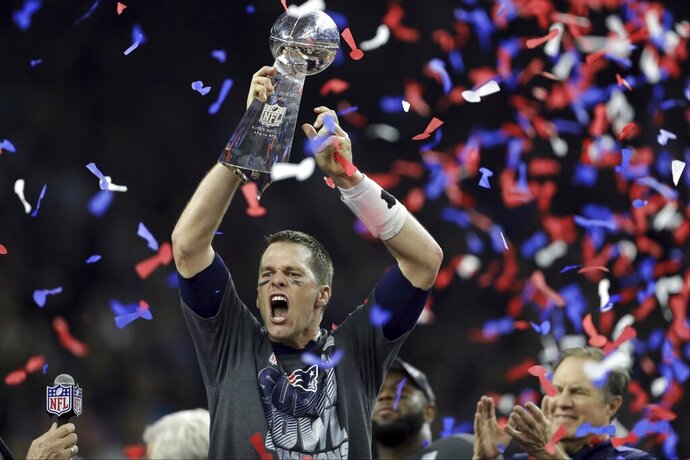 FILE - In this Feb. 5, 2017, file photo, New England Patriots' Tom Brady raises the Vince Lombardi Trophy after defeating the Atlanta Falcons in overtime at the NFL Super Bowl 51 football game in Houston. Brady’s journey to each of his nine Super Bowls with the New England Patriots will be the subject of an ESPN series released in 2021. Entitled “The Man in the Arena: Tom Brady,” the nine-episode series will include a look from Brady’s perspective at the six NFL titles and three Super Bowl defeats he was a part of. (AP Photo/Darron Cummings, File)