Skip to main content
AP-US-Capitol-Breach-Hawley, 4th Ld-Writethru
Back to Story 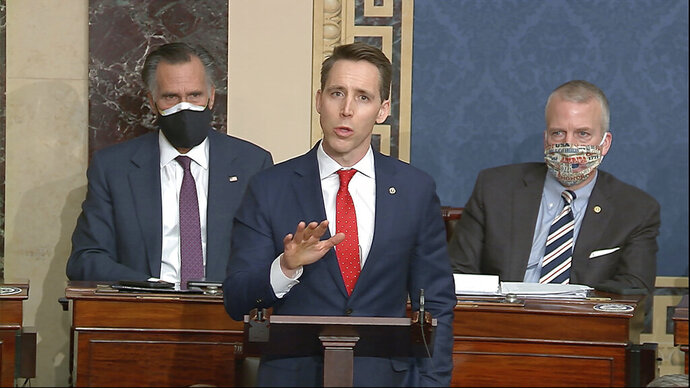 FILE - In this Jan. 6, 2021 file image from video, Sen. Josh Hawley, R-Mo., speaks at the U.S. Capitol in Washington. At least four additional companies that have donated to Hawley have announced they are suspending campaign contributions. The announcements by Cerner Corp. in Kansas City, Ameren Corp. and Edward Jones in St. Louis and the Chicago law firm Bryan Cave Leighton Paisner adds to a growing list of donors who have cut ties to the Missouri Republican senator since the attack on the Capitol last week. (Senate Television via AP File)