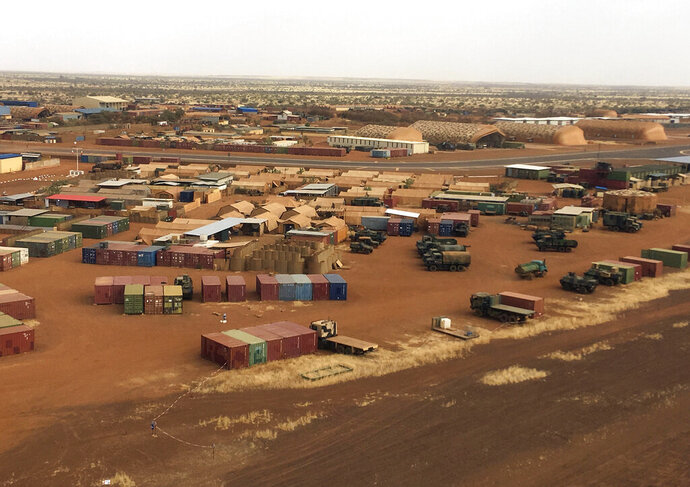 In this photo taken on Friday, Nov. 1, 2019, an aerial view of Goa airport in Mali, where French soldiers have massive presence. Mali’s military has abandoned some of its most isolated outposts in the desert north while extremist attacks have killed more than 100 soldiers in just six weeks. The West African nation’s president faces a decline in military morale, a sentiment that helped spark a coup against his predecessor in 2012. (AP Photo/Baba Ahmed) 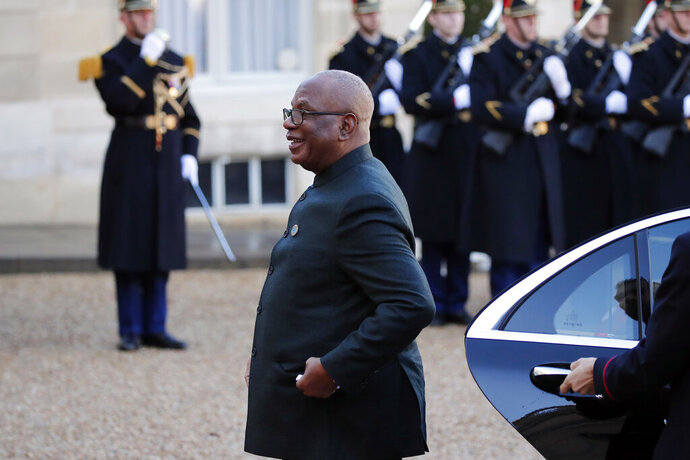