Skip to main content
AP-BBO-Paul-Newberry-No-Asterisk-Required, 1st Ld-Writethru
Back to Story 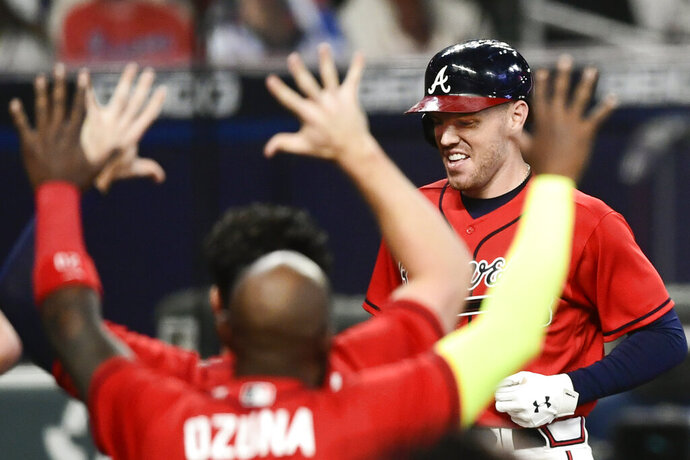 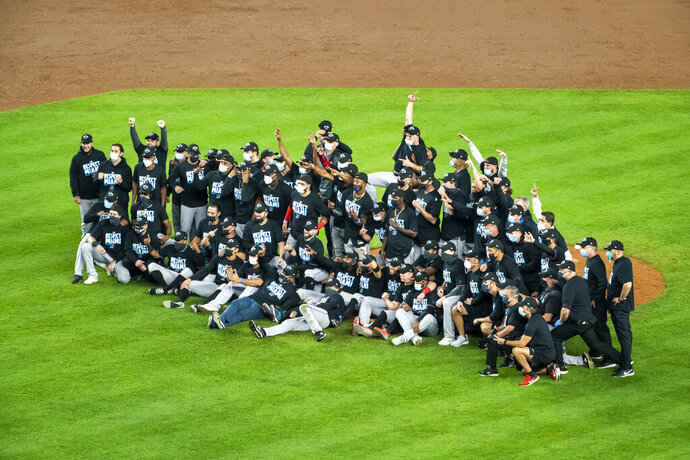 The Miami Marlins gather for a photograph on the pitcher's mound after clinching a playoff berth when they won in the 10th inning of a baseball game against the New York Yankees at Yankee Stadium, Friday, Sept. 25, 2020, in New York. (AP Photo/Corey Sipkin) 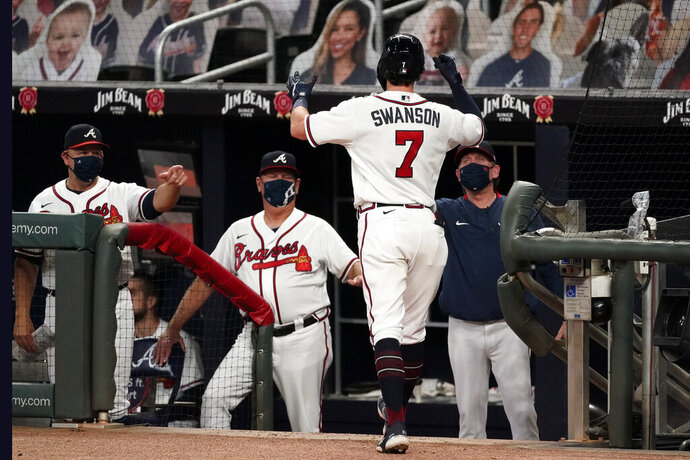 Atlanta Braves shortstop Dansby Swanson (7) is greeted by manager Brian Snitker and coach Walt Weiss, left, at the dugout after hitting a three-run home run in the fourth inning of a baseball game against the Miami Marlins Wednesday, Sept. 23, 2020, in Atlanta. (AP Photo/John Bazemore) 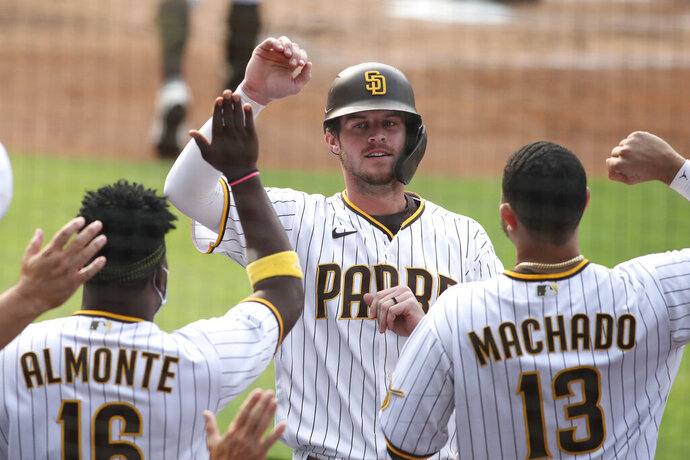 FILE - In this Sept. 13, 2020 file photo, San Diego Padres Wil Myers is congratulated by teammates after hitting a solo home run against the San Francisco Giants' in the second inning of a baseball game in San Diego. Wil Myers is back. While Manny Machado and Fernando Tatis Jr. have grabbed most of the attention on the playoff-bound Padres, Myers' comeback performance has also been instrumental in returning San Diego to postseason play for the first time since 2006. Myers is hitting .291 with 14 homers and 38 RBIs in 52 games. (AP Photo/Derrick Tuskan, File) 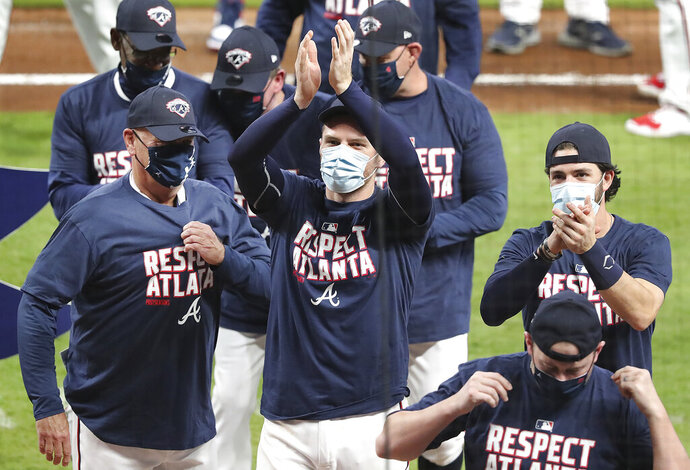 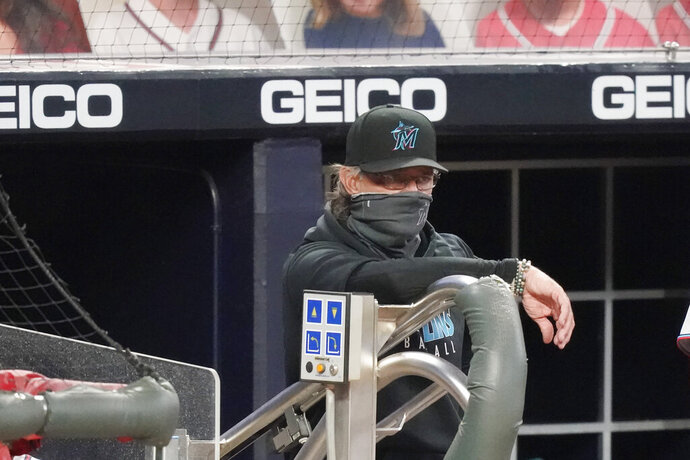 Miami Marlins manager Don Mattingly looks out onto the field during the team's baseball game against the Atlanta Braves on Tuesday, Sept. 22, 2020, in Atlanta. Mattingly's players are quick to say their success is a reflection of their manager, who keep the season afloat with a patchwork roster until the outbreak subsided. He's considered a strong contender for National League manager of the year.(AP Photo/Brynn Anderson) 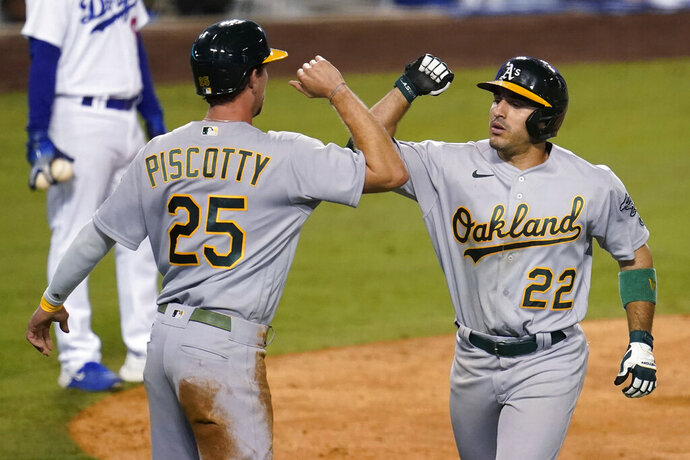 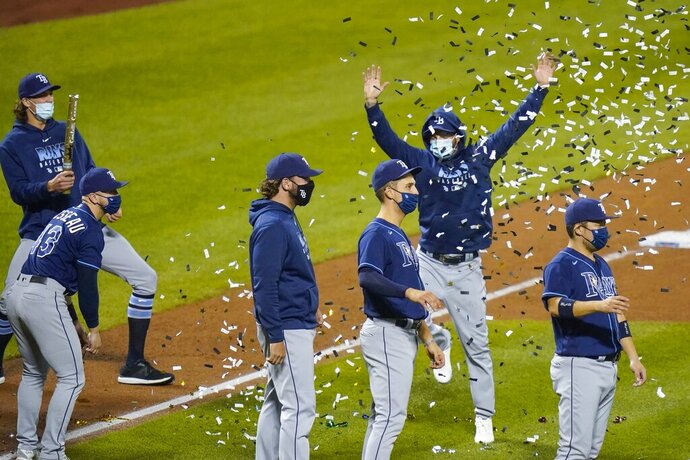 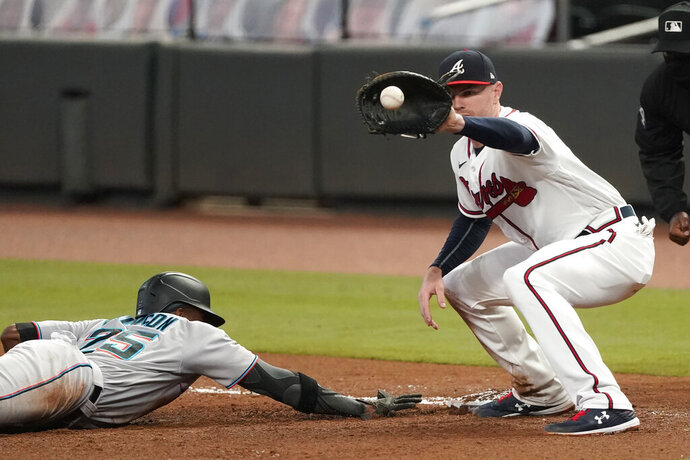 Miami Marlins' Lewis Brinson (25) dives back to first base ahead of the throw to Atlanta Braves first baseman Freddie Freeman (5) in the fourth inning of a baseball game Wednesday, Sept. 23, 2020, in Atlanta. (AP Photo/John Bazemore) 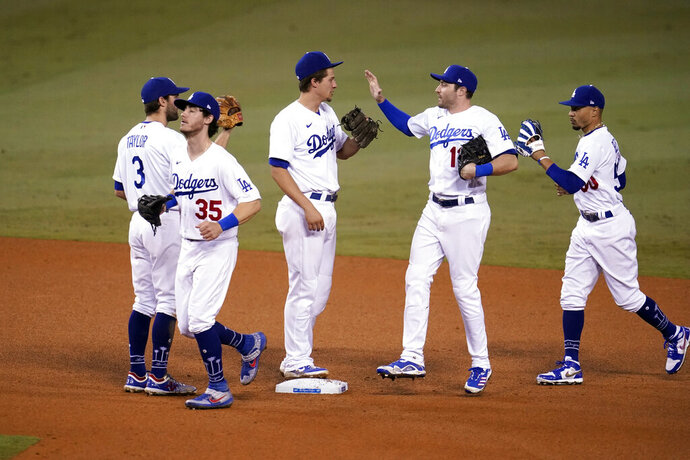