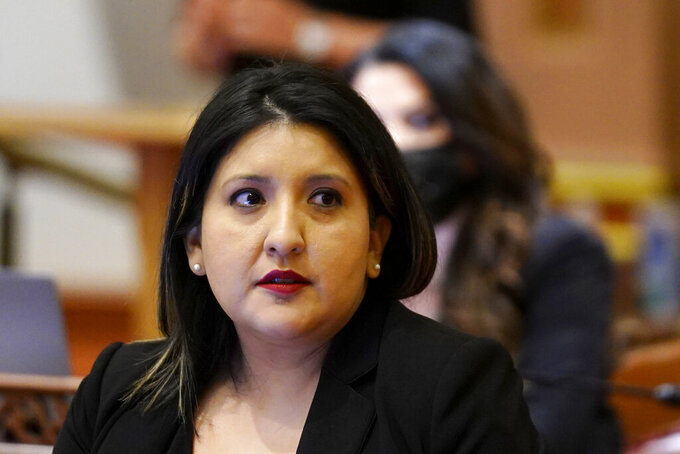 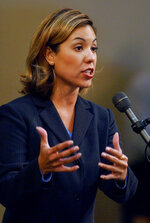 SACRAMENTO, Calif. (AP) — Democrats in deep blue California have a virtual lock on overwhelming majorities in the state Legislature for the foreseeable future.

But there still was election drama Tuesday as voters chose among candidates for 100 legislative seats in a primary election. All 80 seats were up for grabs in the state Assembly, as were half of the seats in the 40-member state Senate.

It's all the more complicated this year because legislative district boundaries were redrawn to reflect population shifts after the 2020 census, forcing some incumbents to move or introduce themselves to unfamiliar voters.

Some of the most interesting contests pitted members of the same political party against each other.

And the electioneering needn't stop after Tuesday: California's primary system advances the two top vote-getters in each seat to November's general election no matter their political affiliation, so it may take months to resolve some battles.

Here's a look at three of the more interesting races. Incumbents were on pace to advance to November in two of the three, while the third is an open seat contested by three Democrats.

Kansen Chu gave up the state Assembly seat he had held for six years to run for the Santa Clara County Board of Supervisors in 2020 and be close to his now-deceased mother.

He lost, and now wants his old seat back.

But it's now held by Alex Lee, who at age 25 became the youngest California state lawmaker in more than eight decades.

Chu was trailing Republican Bob Brunton for a second-place finish that would set a November runoff with Lee. Chu had 18% of the early count to Brunton's 21%.

Chu, 69, said he wants to use his life, work and government experience “to make California a better state than I found it 40-some years ago" when he immigrated from Taiwan.

Lee “is too progressive for many of the voters here,” Chu said.

Lee's experience came from working for five different lawmakers, either as a college intern or a paid aide. His first legislative internship was with Chu himself, in 2015.

“I feel like I’ve been able to accomplish more in my less than two years in office than however long he’s been in office — probably basically as long as I've been alive," said Lee, jibing that Chu's keystone accomplishment was a ballot measure aimed at making daylight saving time year-round in California.

A coalition backed by real estate agents and landlords is spending more than $1.2 million to oppose Lee, who has promoted guaranteed housing and tenant protections among other issues. One opposition mailer noted that Lee “lives with his mom.”

Brunton previously was trounced by both Chu and Lee in the safe Democratic district that includes parts of Alameda and Santa Clara counties.

It's one of two Assembly districts in California where a majority of the residents are of Asian descent, according to the California Target Book that tracks legislative contests.

Legislative remapping drew Sen. Melissa Hurtado into the same district as Sen. Anna Caballero. Rather than duke it out with a fellow Democratic incumbent, Hurtado agreed to relocate into the new 16th Senate District that includes Kings County and parts of Fresno, Kern and Tulare counties.

But that has her butting heads with former Assemblywoman Nicole Parra and Delano Mayor Bryan Osorio, fellow Democrats who initially planned to run for Congress before bidding for the state Senate.

Things immediately turned testy, with Hurtado creating a website aimed at Parra's background and Parra firing back on Twitter.

Also bidding for a top-two chance to advance out of the primary election are Republicans David Shepard and Gregory Tatum.

Shepard had the early lead, with 41% of the ballots tallied soon after polls closed Tuesday, followed by Hurtado with 32%. Parra had 15%, Tatum 8% and Osorio 4.5%.

Democrats hold a 13 percentage point edge in voter registration but the Target Book puts that within Republicans’ reach in the Central Valley, where voters tend to be more conservative.

Jane Fonda's Climate PAC is backing Osorio, along with candidates in other contests, with a video decrying Big Oil's influence among unnamed Democratic state lawmakers. The winner will help represent the heart of California's petroleum production region.

Republicans have become a virtual non-factor in California's Capitol, often leaving business and labor to spar over which candidate is most palatable among rival Democrats.

That's happening in legislative races up and down the state, and nowhere more than in the Sacramento County district where three candidates — all Democrats — are fighting for the chance to succeed Democratic state Sen. Richard Pan, who terms out of office this year.

“There's no Republican in the race so that's going to be a Dem vs. Dem runoff,” said Rob Pyers, California Target Book research director. “But in spite of that, both sides are pounding each other relentlessly in the primary.”

Business, housing and law enforcement organizations generally are favoring Sacramento City Councilwoman Angelique Ashby, while labor is the mainstay for former Assemblyman Dave Jones. He was the state's insurance commissioner from 2011 to 2019 and is endorsed by the state Democratic Party and Progressive Caucus of the California Democratic Party.

Jones had a slight edge in early vote tallies Tuesday, at 46% to Ashby's 42%.

Also running was union representative Rafa Garcia, who trailed with 12%.

More than $1.6 million in independent spending has helped fuel the contest, which has split the party's moderate and progressive wings.

A political action committee that supports moderate Democrats, joined by housing, law enforcement, pharmaceutical and other lobbying organizations, paid for a billboard and other ads depicting Jones as a bobblehead doll. The ads urged voters not to give Jones “the nod” for senator.

Jones says he is running “to fight for people, not big corporations” and says “Big Oil” is backing Ashby through its contributions to the Democratic PAC.