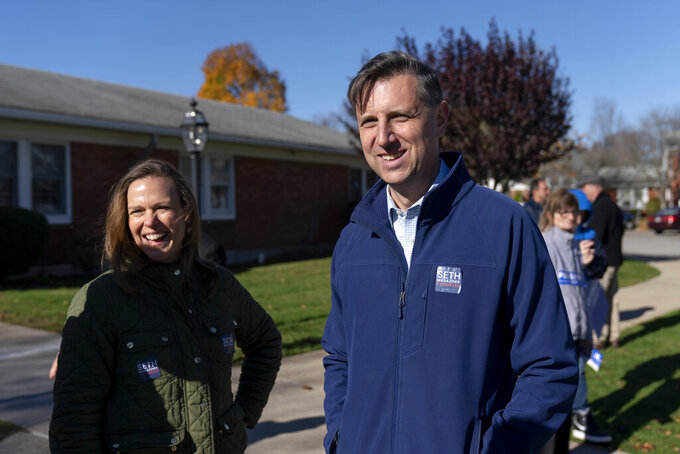 Langevin, a Democrat retiring after two decades representing the district, had endorsed Magaziner to replace him in the crowded Democratic primary.

In his victory speech, Magaziner told his campaign staff, volunteers and supporters that “every single pundit thought we were going to lose, but you never stopped believing.”

Magaziner also congratulated Fung on a “hard-fought campaign” and thanked him for his career in public service.

Magaziner has been the state’s treasurer since 2015. He is the son of former Clinton administration policy adviser Ira Magaziner. He said he would protect Social Security and Medicare, fight any attempts to roll back women’s rights, work to lower the cost of health care and turn “the page on Trumpism.” He said the stakes were high as both parties jostle for control of the chamber.

Magaziner and the Democratic Congressional Campaign Committee said Fung would line up with House Republican leader Kevin McCarthy and far-right Republicans who seek to ban abortion nationwide and cut Social Security and Medicare. The campaign said Fung’s commitment to McCarthy would pave the way for the return of Donald Trump.

McCarthy visited Rhode Island to raise money for Fung and former New Jersey Gov. Chris Christie visited to show his support. Fung said he’s a moderate Republican, similar to Massachusetts Gov. Charlie Baker — not an extremist or a “Trumper.” The National Republican Congressional Committee called Magaziner “silver spoon Seth,” and tried to portray him as an insider who has had everything in his life handed to him.

Fung campaigned on how he attracted new businesses to Cranston when he served as mayor from 2009 to 2021, created jobs and improved schools. He said he would address inflation by curbing wasteful spending, and work on energy solutions that reduce heating bills, lower gas prices and integrate renewable energy. He was endorsed by business groups and law enforcement organizations.

Fung said in his concession speech that he and his supporters knew the campaign would be “a hard-fought battle,” that “making history would not be easy.”

“While we didn’t achieve our shared mission tonight, please know that I will continue to work in any capacity I can to make our state better for all of you and for generations to come,” he said.

Magaziner, meanwhile, highlighted his successes as treasurer during the campaign, including the strong financial performance of the state pension. He was endorsed by gun safety groups, the RI AFL-CIO and other large unions. He said he would support banning members of Congress from trading individual stocks and support term limits for members of Congress.