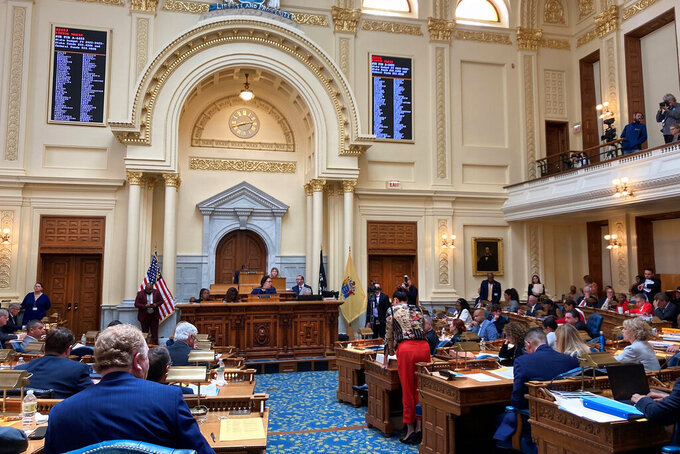 The ballooning budget — 9% bigger than last year's — comes courtesy of flush state coffers and rosier-than-expected tax returns and as Democrats who control the Legislature and governorship aim at making the state with among the highest property taxes in the nation more affordable.

The state treasury's tax receipts might be bountiful now, but inflation, high gas and grocery prices and general economic unease are on legislators' minds as they socked away $6 billion in surplus. Budget Committee Chairman Democratic Sen. Paul Sarlo called it a record amount that shows the state's preparation to “protect taxpayers from potential downturns.”

Republicans, who are in the minority despite picking up seats in last year's state elections, decried the Democrats' handling of taxpayer funds: They said they were left out of the process and that the surplus means the state collected too much in taxes and should give back more.

Republican Sen. Michael Testa called it a “bloated budget.” GOP Sen. Holly Schepisi said the state was overextending itself and setting a nearly $51 billion “floor” for spending from which it might not be able to support in the future if the economy slips.

Sarlo, who shepherded the budget through his committee, pre-empted the criticism during a short speech on the floor Wednesday, just a day ahead of the constitutional deadline to enact a balanced budget. The GOP critique misses that the public would benefit from the spending, he said.

“This plan will make the lives of the people of New Jersey more affordable with substantial property tax relief for homeowners and renters,” he said.

Democratic Assembly member Shavonda Sumter, who chairs the Legislative Black Caucus, said during a debate on the floor Wednesday that the budget looks forward and sets aside funds that will begin to help impoverished people emerge from poverty.

Among the provisions in the budget are:

— A sales tax holiday on school supplies in late August and early September.

— The budget also includes billions in spending for K-12 education and higher education, transportation and the public pension.

The budget goes to Murphy for his signature. His office said he expected to sign it by the deadline.