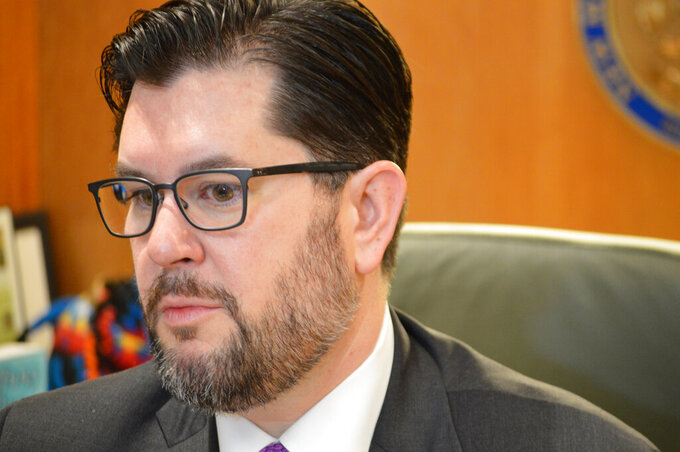 The Brian Egolf Speakers Fund that bears the name of the Democratic House speaker on Tuesday reported contributions of just over $300,000 since late April.

Maximum or near-maximum contributions in the $25,000 range came in from oil giant Chevron, an organization of trial lawyers and one of the state's contracted Medicaid health care providers.

Those contributors have vested interests in a major oil-producing state with high rates of Medicaid enrollment and fledgling reforms that allow civil rights lawsuits against local government agencies in state court.

A fund overseen by House Republicans in the legislative minority also received a $25,000 contribution from Chevron, while receiving about $100,000 in all during the six-month period. Artesia-based oil magnate Peyton Yates provided the House GOP fund with $10,000.

So-called caucus committees were introduced in 2019 by state statute.

They can collect five times as much cash per donor as other New Mexico political committees, provide campaign strategy services in key legislative races and allow coordinated canvassing with campaigns for federal office.

Advocates for the system including Egolf say it provides greater transparency over collaborative efforts by candidates and political committees.

The fund for House Democrats overseen by Egolf received $15,000 from the Democratic Legislative Campaign Committee that seeks to establish or shore up Democratic majorities in statehouses across the country.

It also received a contribution from a partner at Egolf's private law firm. The State Ethics Commission in July dismissed a complaint that Egolf stood to gain from his backing of civil rights legislation that might benefit his business. Egolf has called the complaint an effort to distract efforts to enact new civil rights guarantees.

The caucus committee for Senate Democrats noted a single contribution of $25,000 from the North Fund, a Washington-based progressive political committee that bankrolled a successful recreational marijuana legalization effort in Montana last year. The fund for Senate Republicans raised roughly $10,000 from more than two dozen contributors.