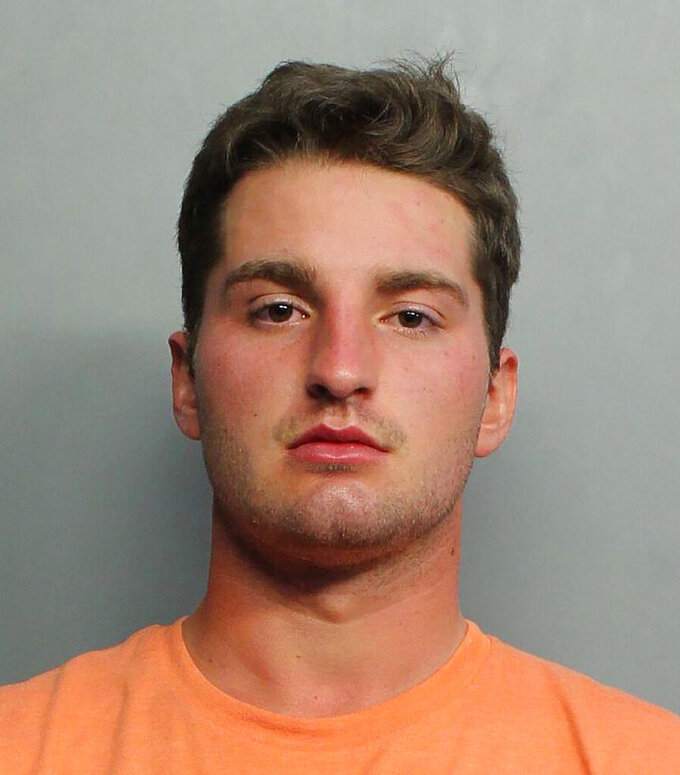 Uncredited, ASSOCIATED PRESS
This booking image provided by the Miami-Dade Police Department shows Maxwell Berry, 22, of Norwalk, Ohio, who was arrested Saturday, July 21, 2021, at Miami International Airport and charged with three counts of misdemeanor battery, according to a Miami-Dade police report. Berry is accused of groping two female flight attendants and punching a male flight attendant during a flight from Philadelphia to Miami, officials said. (Miami-Dade Police Department via AP)

Maxwell Berry, 22, of Norwalk, Ohio, was arrested Saturday at Miami International Airport and charged with three counts of misdemeanor battery, according to a Miami-Dade police report.

Berry had two drinks while on the Frontier Airlines flight and ordered another drink, police said. Berry brushed an empty cup against the backside of a flight attendant, who then told him not to touch her, officials said. At some point, Berry spilled a drink on his shirt, went to the bathroom and came out shirtless, the report said. A flight attendant helped him get another shirt from his carry-on.

Frontier Airlines released a statement saying that they are working with law enforcement to prosecute the passenger. The flight attendants have been placed on paid leave pending an investigation.