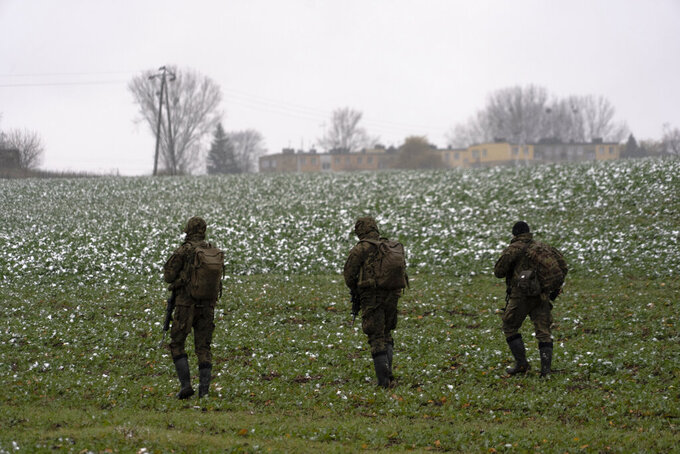 Vasilisa Stepanenko, ASSOCIATED PRESS
Polish soldiers search for missile wreckage in the field, near the place where a missile struck, in a farmland at the Polish village of Przewodow, near the border with Ukraine, Thursday, Nov. 17, 2022. (AP Photo/Vasilisa Stepanenko) 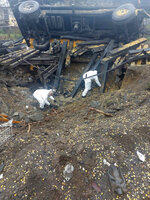 WARSAW, Poland (AP) — Experts from Ukraine have joined Polish and American investigators who are looking into a missile blast that killed two men in eastern Poland this week.

Ukrainian Foreign Minister Dmytro Kuleba said Friday that the Ukrainian experts were at the grain-drying facility in the Polish village of Przewodow where the missile landed Tuesday. The village is located about 6 kilometers (4 miles) from Poland's border with Ukraine.

“We will continue our cooperation in an open and constructive manner, as closest friends do,” Kuleba tweeted.

“I am grateful to the Polish side for granting them access,” he wrote.

On Tuesday, two workers were killed when a Russian-made projectile hit the grain-drying facility. Ukraine came under a heavy Russian bombardment that day.

U.S. and Polish experts have been working at the site all week to establish the source and circumstances of the missile's launch. Poland's officials say there are camera recordings of the events leading up to the blast but they remain classified.

State funerals for the two men who died are expected over the weekend.