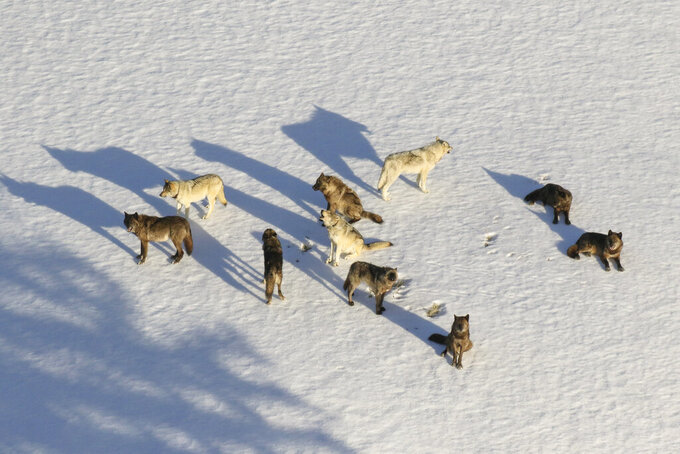 The two female pups and a female yearling from the Junction Butte pack were killed outside the park's northern boundary in the first week after wolf season opened earlier this month, park officials said.

The deaths follow the recent end to longstanding restrictions on how many wolves can be killed in areas of Montana bordering the park. That came after Republican Gov. Greg Gianforte signed laws intended to make it easier to kill wolves as a way to reduce their attacks on livestock and big game herds.

Yellowstone Superintendent Cam Sholly said the park is trying to convince Montana officials to reinstate wolf hunting and trapping quotas around the park to protect its wolves.

Idaho, which borders Yellowstone to the west, also has lifted wolf hunting restrictions.

The Junction Butte pack draws tourists from around the world for the chance to glimpse one of the animals, which den within view of one of the park's main roads. With the latest deaths, the pack is down to 24 wolves.