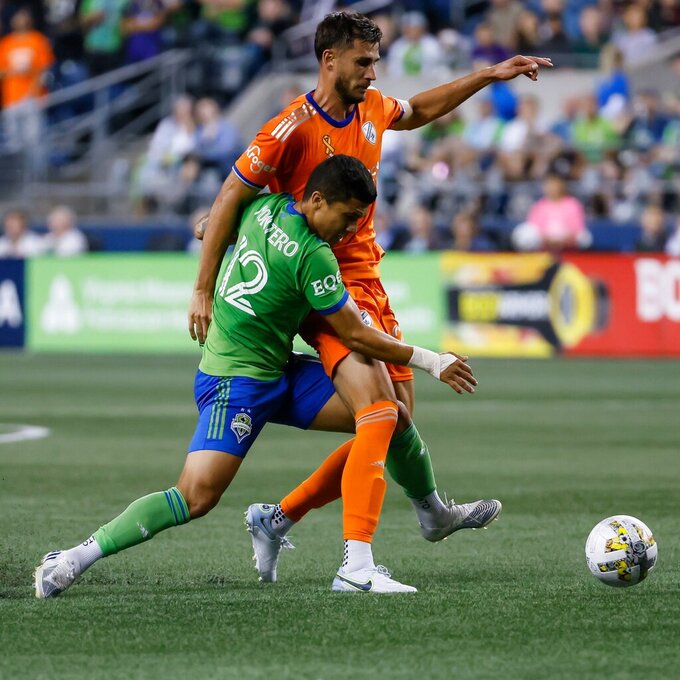 SEATTLE (AP) — Brenner scored in the first half to give FC Cincinnati the lead, but Fredy Montero equalized for Seattle in the second half of a 1-1 draw on Tuesday night that kept the Sounders slim playoff hopes alive.

Brenner scored his 15th goal of the season in the 24th minute on a breakaway after a defensive miscue by the Sounders.

Montero pulled Seattle even in the 58th with his fourth goal. But Seattle was unable to find a winning goal on a night the Sounders needed three points.

Seattle has qualified for the MLS Cup playoffs every year of its existence but now must win its final two games of the regular season and get plenty of help from others to keep the streak going.

Midfielder Cristian Roldan entered in the 55th minute, his first appearance since recovering from groin surgery on Aug. 23. The 27-year-old midfielder, hoping for a spot on the U.S. World Cup roster, had not played since Aug. 14.

Cincinnati moved into fifth in the Eastern Conference with two games remaining.

Cincinnati had a major chance to leave Seattle with a victory, but Sounders goalkeeper Stefan Frei came up with a point-blank stop in front of net in the 76th minute after Seattle was reduced to 10-men when Kelyn Rowe was shown a red card.