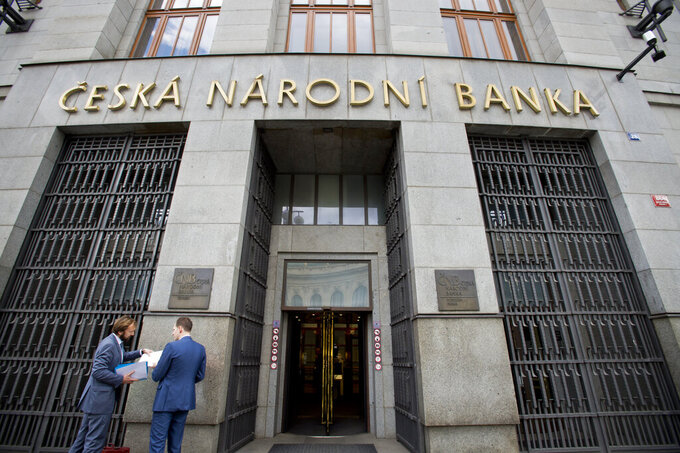 The hike of a percentage point and a quarter brought the interest rate to 7%, the highest level since early 1999. It was the ninth straight increase since June 2021. The bank last raised the rate, by three-quarters of a point, on May 5.

Wednesday's increase was not unexpected. The Czech National Bank considers high consumer prices to be a major threat and had indicated it would raise the rate again.

It was the last meeting of the bank’s board on monetary policy under outgoing governor Jiri Rusnok.

“Restoring price stability soon is now the Czech National Bank’s absolute priority and is a necessary condition for the long-term prosperity of the Czech economy,” Rusnok said Wednesday.

On July 1, he will be replaced by Ales Michl, a member of the bank’s board since 2018 who opposed previous rate hikes.

The announcement of Michl’s appointment by Czech President Milos Zeman on May 11 resulted in a weakening of the Czech currency, the crown, prompting the central bank to intervene.

Fed by high energy and food prices but also factors such as a low unemployment rate, inflation in the Czech Republic soared to 16% in May, far above the bank’s 2% target and the highest level since December 1993.

Inflation is soaring worldwide: The U.S. reported an annual rate of 8.6% in May, and the 19 countries that use the euro recorded 8.1% inflation the same month. Britain announced Wednesday that its inflation rate hit a new 40-year high of 9.1% in the 12 months to May.

The European Central Bank has announced it will raise interest rates in July for the first time in 11 years and add another hike in September, catching up with other central banks worldwide to squelch soaring inflation.