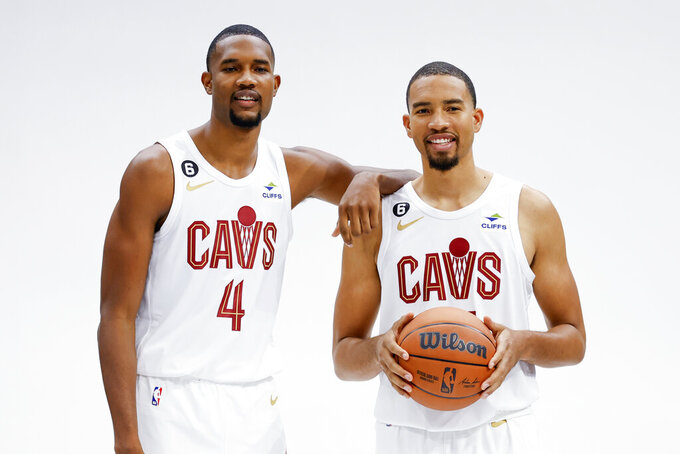 CLEVELAND (AP) — Cavaliers starting forward Evan Mobley will miss time with a sprained right ankle suffered during practice, an injury that could sideline him for the start of the regular season in two weeks.

Mobley injured his ankle during a workout on Saturday. The team said Monday that an MRI confirmed the injury and that the 7-footer will be out “approximately 1-2 weeks.”

Mobley will miss Wednesday's exhibition game at Philadelphia. The Cavs have three preseason games next week before opening the season on Oct. 19 in Toronto. Their home opener is Oct. 23.

The Cavs said Mobley is undergoing treatment and his “status will be updated as appropriate.”

Cleveland's expecting big things this season from Mobley, who averaged 15.0 points, 8.3 rebounds and 1.7 blocks as a rookie. He added muscle during the offseason and worked on his perimeter game, adding a 3-pointer to his arsenal.

Mobley finished second in rookie of the year voting to Toronto's Scottie Barnes.

"He has the ability to be a superstar without being the leading scorer on your team,” Bickerstaff said at media day. "He has an opportunity to be the best player on the floor without having to take the most shots. That’s hard to find.

“He can stuff the stat sheet in every category, that’s our expectation for him. We want him eventually — and hopefully it’s this year — to be in the conversation for Defensive Player of the Year. We believe he has that type of ability and can have that type of impact on the floor.”