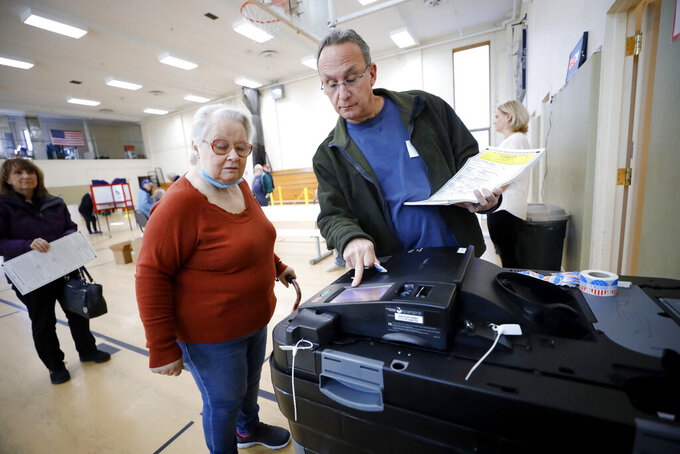 BOSTON (AP) — Two closely watched ballot questions in Massachusetts — one that would create a tax aimed at millionaires and another that would repeal a law allowing those in the country illegally to obtain a state driver's license — remained too early to call early Wednesday.

Ballot question No. 1 would add an amendment to the state constitution imposing a 4% surtax on the portion of an individual’s annual income that exceeds $1 million.

Those making up to $1 million, but not exceeding that amount, wouldn't pay new taxes.

Supporters — including labor unions, community organizations and religious groups — have argued that the new tax would generate about $2 billion in annual revenue that could be used for education and transportation.

Opponents, including business groups, warned the measure could end up costing jobs and driving away some of the state’s wealthiest citizens.

The state’s constitution currently requires all income be taxed at uniform rates. The $1 million threshold would be adjusted each year to reflect cost-of-living increases.

A second question — No. 4 on the ballot — would repeal a new law allowing immigrants in the country illegally to obtain state driver’s licenses.

The measure became law after the Democrat-controlled Massachusetts House and Senate overrode a veto by Republican Gov. Charlie Baker in June.

Under the new law, those in the country illegally will be able to apply for a driver’s license if they can provide the Registry of Motor Vehicles with a foreign passport or consular identification document.

The law was a win for immigrant rights groups that had long pushed for the measure, framing it as a public safety measure. They said those seeking licenses will have to show they can properly operate a car and will be less likely to flee after a crash.

Critics, including Republican Gov. Charlie Baker and GOP candidate for governor Geoff Diehl, said the law could make it easier for those in the country illegally to be able to vote. Supporters say the law prohibits immigrants without legal permission to reside in the U.S. from being automatically registered to vote.

Sixteen other states and the District of Columbia have similar laws.

There are two other questions on the ballot.

Question No. 2, which was approved Tuesday, would regulate dental insurance rates, including requiring companies to spend at least 83% of premiums on member dental expenses and quality improvements instead of administrative expenses, and by making other changes to dental insurance regulations.