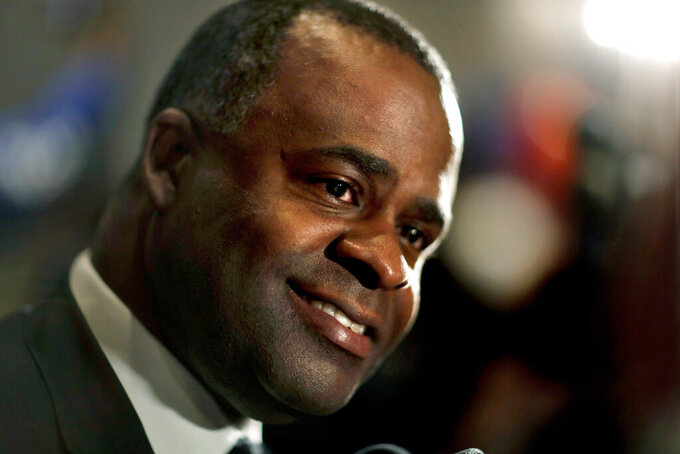 A document Reed's campaign team filed with the Georgia ethics commission opens the door for Reed to start accepting political contributions for the 2021 race. He jumped in one month after current Mayor Keisha Lance Bottoms announced she won't seek reelection to a second term.

The president of the Atlanta City Council, Felicia Moore, also is running, having announced her candidacy before Bottoms left the race. Two other council members, Antonio Brown and Andre Dickens, also launched campaigns.

Some political observers had expected Reed to seek a comeback. He was elected mayor in 2009 at age 40 after serving in the Georgia legislature. He spent two terms in the mayor's office, leaving at the end of 2017 as his administration was dogged by a federal investigation into city contracts and finances.

The FBI began investigating corruption associated with Atlanta City Hall in 2015 and has charged a half-dozen members of Reed’s administration, including his chief financial officer. In an interview last month with WSB-TV, Reed said he is cleared because “the Justice Department under William Barr looked into every aspect of my life for more than three years and took no action.” The charges, he said, were related to the “individual behavior” of certain people in his administration.

“Anything on my watch, I take responsibility for,” Reed told the Atlanta TV station. “I’m sorry I didn’t see it faster, and certainly after what I’ve been through personally, but more importantly what our city was taken through, I would do everything in my power to make sure it didn’t happen again.”

Reed's campaign paperwork comes as the former mayor plans to celebrate his 52nd birthday with a fundraising party Thursday. The Atlanta Journal-Constitution reported it obtained an invitation that spelled out donor levels from $25,000 for hosts and $1,000 for guests.

Bottoms is the first Atlanta mayor since World War II to decide against seeking a second term. Her political profile rose in 2020 when she was among the women President Joe Biden considered as a potential running mate.

This story has been corrected to show Atlanta Mayor Keisha Lance Bottoms was under consideration to be Joe Biden's running mate in 2020, not 2016.