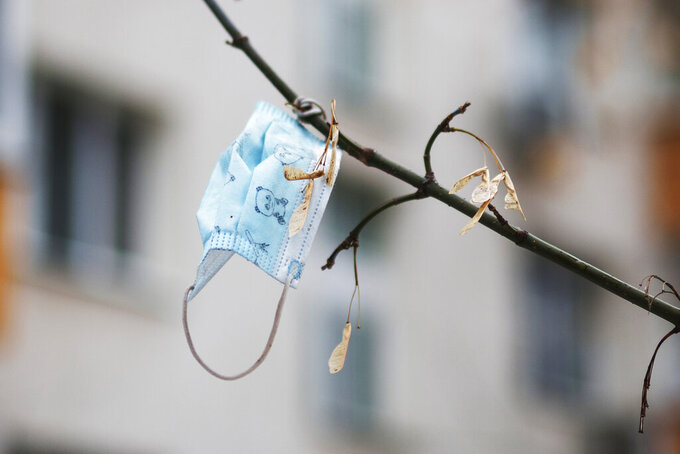 The government coronavirus task force said Russia will also lift the remaining restrictions on flights to Cuba, Mexico and Qatar, and increase the number of flights to Italy, Kyrgyzstan, Kazakhstan, Azerbaijan and Vietnam as of Dec. 1. In all, Russia so far has resumed flights with over 60 countries.

The announcement comes as Russia's daily coronavirus cases and COVID-19 deaths remain at record highs and less than 40% of the country's population of 146 million has been fully vaccinated. The task force on Tuesday reported 36,818 new confirmed cases and 1,240 deaths, the latter only one fewer than the record daily death toll.

The state task force has reported over 9 million confirmed infections and 257,837 deaths in the pandemic, by far the highest death toll in Europe. Some experts believe the true toll is actually higher.

Travel between Russian and some Western countries has been complicated because the World Health Organization, the European Union and the United States have yet to recognize the vaccines developed in Russia and Western-developed vaccines are unavailable in Russia.

Earlier this month, U.S. pharmaceutical giant Pfizer received approval to test its experimental anti-viral pill Paxlovid in Russia, according to the state register. Ninety people from several Russian cities are expected to take part in the drug trial.