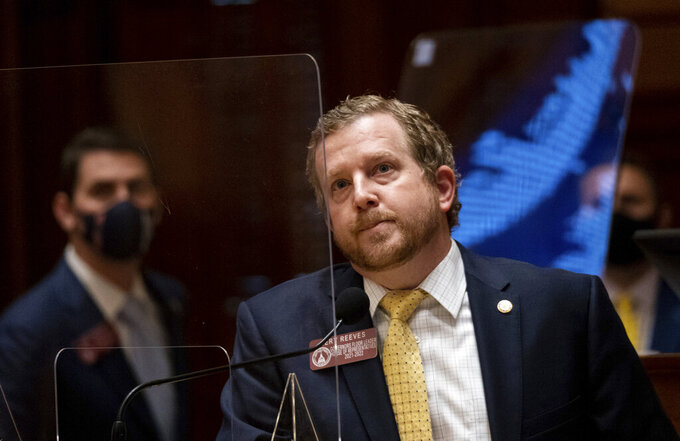 Ben Gray, ASSOCIATED PRESS
Rep. Bert Reeves, R-Marietta, listens to a question about a bill to repeal citizens arrest during the final day of the 2021 Legislative session Wednesday, March 31, 2021 in Atlanta. (Ben Gray/Atlanta Journal-Constitution via AP)

In House District 156, which covers all of Montgomery and Toombs counties and parts of Appling and Jefferson Davis counties, Toombs County Republican Party Chairman Leesa Hagan of Lyons and auto dealer Wally Sapp of Baxley will advance to a July 13 runoff after voting concluded Tuesday. Democrat Wright Gres of Baxley finished third according to final, unofficial election results.

The winner will replace Republican Greg Morris of Vidalia, who resigned after fellow lawmakers elected him to the state Transportation Board.

Candidates from all parties are running together on the same ballot.