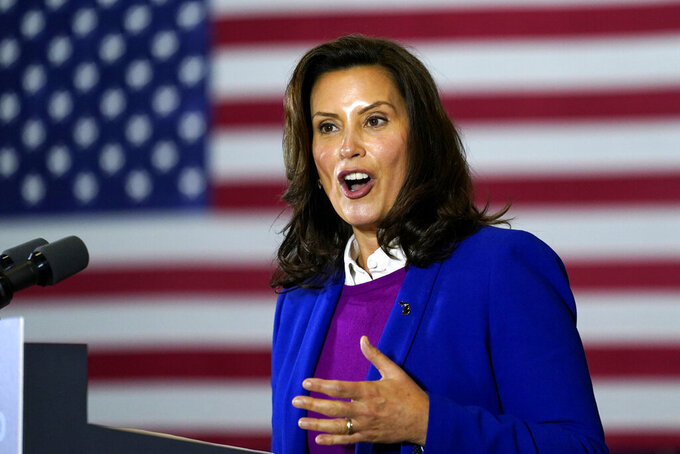 LANSING, Mich. (AP) — Gov. Gretchen Whitmer on Thursday announced changes in the state's contracting process to ensure construction and other companies are not rewarded with government money for payroll fraud such as misclassifying workers as independent contractors.

The move is designed to implement a “Michigan Jobs First” directive the Democratic governor issued in July 2019. The state Department of Technology, Management and Budget will require businesses to disclose their labor and environmental compliance record, their economic impact in the state and to certify they have properly classified employees.

The misclassification of workers as independent contractors “deprives employees of critical benefits like overtime pay, workers' comp and health care,” Whitmer said during a virtual news conference with union officials and construction leaders. She said a firm that commits payroll fraud “undercuts businesses that play by the rules and threat their employees fairly.”

Construction officials said dishonest contractors, many from out of state, have flooded the industry since the 2018 repeal of a law that guaranteed higher wages for workers on state-financed construction projects. They not only avoid paying retirement and health benefits but also avoid paying taxes “the rest of us pay,” said John Marinelli, a director at Auburn Hills-based Commercial Contracting Corp. “Michigan families and Michigan-based businesses like CCC cannot afford this race to the bottom.”

It is not clear to what extent, if any, payroll fraud is an issue with state government-contracted work, though multiple industry executives said it is a problem at some local school districts.