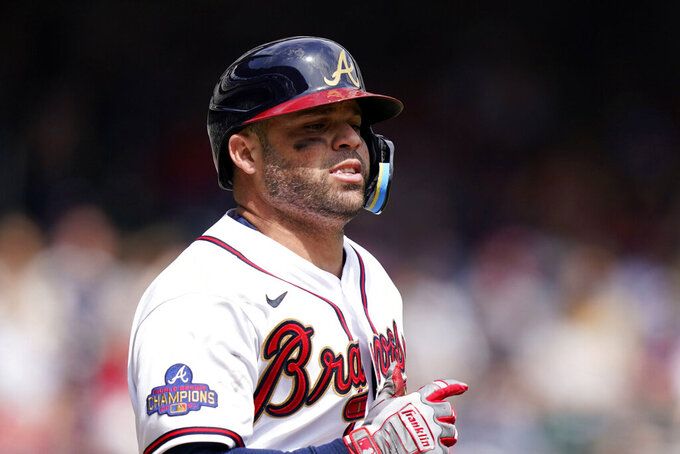 Braves manager Brian Snitker said before Wednesday night’s game against the Boston Red Sox that the loss of Piña means William Contreras will continue to serve as the top backup to starter Travis d’Arnaud. Contreras, 24, began the season with Triple-A Gwinnett.

Piña, 34, signed a two-year, $8 million deal with the Braves before the season.

“We got him for a reason, having an experienced catcher like that,” Snitker said.

Piña was placed on the 10-day injury list on April 28 with left wrist inflammation. After he continued to have discomfort, an MRI revealed the more serious injury that will require surgery.

Snitker said Piña is expected to be recovered in time for spring training next season.

Piña spent the last six seasons with the Milwaukee Brewers after making his major league debut with Kansas City in 2011. He has a .243 career batting average. Piña had two hits in 14 at-bats and drove in two runs in five games with the Braves this season.