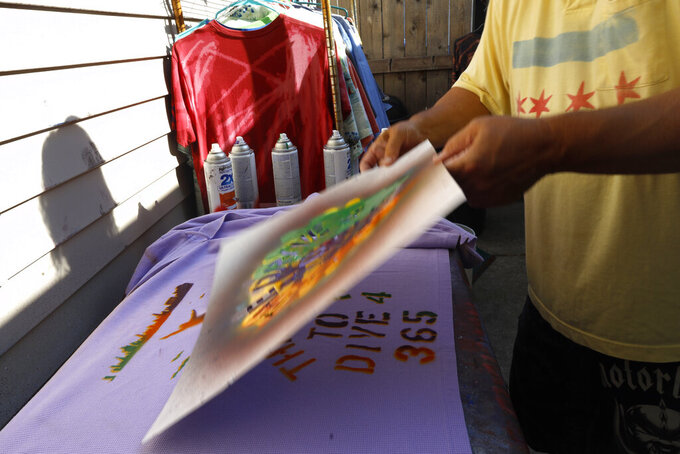 CHICAGO (AP) — A Chicago bus driver looking for a way to relieve stress during the coronavirus pandemic jumped into Lake Michigan for a 365th straight day on Saturday.

Dan O’Conor said he started jumping into the lake at Montrose Harbor on the city's North Side last year to relieve stress.

He continued jumping into the lake through the fall before the hard part: Hacking a hole in the ice on the frozen lake that was big enough for him to jump through during the winter. He said when he got home after one such jump, he found about 20 scrapes and cuts on his body.

He was encouraged by the response he got for his undertaking.

“People started asking me what this was benefiting and how they could support — and when I say people, I’m talking strangers online, you know. When I started posting the videos on Twitter and Instagram ... I got more wind in my sails there because people started commenting like, ‘This makes my day, it’s nice to see this," he said.

Saturday was special because it was the culmination of doing it for a full year.

“I just wanted to celebrate just that drive to dive for 365," O'Conor said.