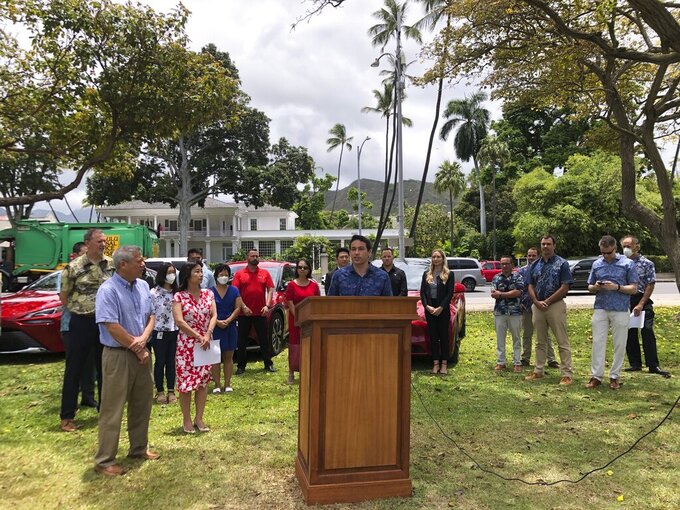 Sen. Chris Lee said at a news conference on Thursday that Hawaii has some of the highest transportation costs in the nation because of its dependence on imported fossil fuels. Shifting to cleaner energy sources could help lower those costs, he said.

The bill, SB 3311, establishes a zero emissions goal for all Hawaii transportation in general. It doesn't set a deadline, but Lee said the measure would help Hawaii reach a pre-existing target to become carbon neutral by 2045.

The interisland transportation working group would include representatives of the airline and cruise ship industries and Honolulu harbor users. Each county would have a seat, along with the state director of transportation and the state’s chief energy officer.

The measure creates another working group to make sure Hawaii has enough electric vehicle chargers.

Jodi Leong, a spokesperson for Gov. David Ige, said he supports the intent of the bill but is waiting for a legal, policy and departmental review to be finished before signing the measure.

Hawaii is already requiring electric utilities to use renewable energy for 100% of their electricity by 2045.