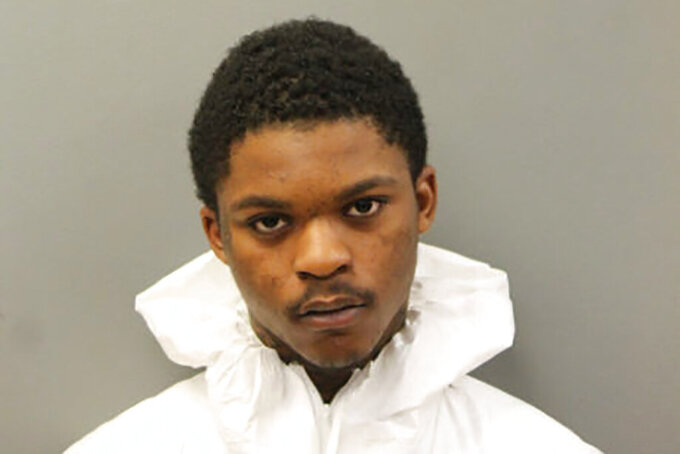 Uncredited, ASSOCIATED PRESS
This booking image released by the Chicago Police Department shows Tarrion Johnson, 19, who was arrested, Thursday, June 2, 2022, shortly after he allegedly shot an officer with the U.S. Marshals Service’s fugitive apprehension team and his federal police dog as the officer was serving an arrest warrant on Chicago’s Northwest Side. (Chicago Police Department via AP)

CHICAGO (AP) — A Chicago man was charged in the shootings of a U.S. marshal and his police dog who were wounded while serving an arrest warrant, police said Saturday.

Johnson was scheduled for bond court appearance Saturday, the department said. It was not immediately clear if he has an attorney who could speak on his behalf.

Police said Johnson was arrested Thursday shortly after he allegedly shot an officer with the U.S. Marshals Service’s fugitive apprehension team and his federal police dog. Authorities at the time said two gunmen were arrested, but Chicago police did not say anything about the second person in announcing the charges against Johnson on Saturday

Police said a Chicago officer returned fire during the shooting but did not strike anyone.

The marshal then realized he had been shot in his hand and an ambulance was called but the officer declined to be taken to a hospital, Langford told the Chicago Sun-Times.

The U.S. Marshals Service said the police dog was in the intensive care unit of an emergency veterinary hospital on Friday, WLS-TV reported.