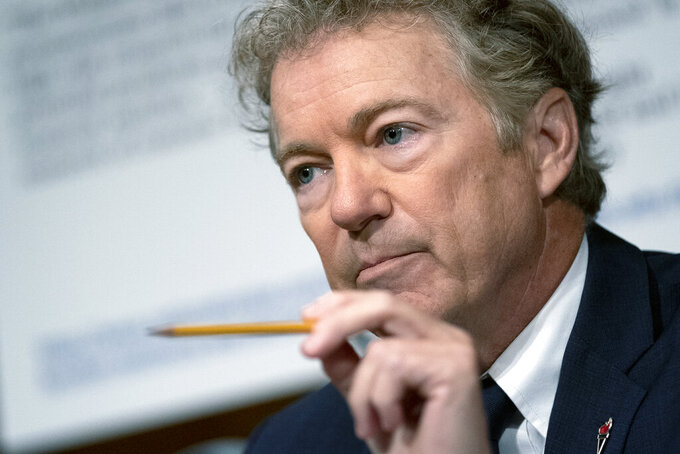 LOUISVILLE, Ky. (AP) — U.S. Sen. Rand Paul's 2016 presidential campaign committee has been fined $21,000 by the Federal Election Commission for improperly handling contributions, according to documents obtained by a newspaper.

The penalty follows a 2016 complaint made by J. Russell Lloyd, the former chairman of the Louisville Democratic Party, according to a letter the FEC recently sent that was addressed to Lloyd, the Courier Journal reported Thursday. Lloyd died in February 2020.

The FEC said the committee didn't refund or redesignate contributions of $165,749 within 60 days of former President Donald Trump winning the 2016 Republican nomination.

A spokesperson for Paul declined to comment to the newspaper.

“In the big picture, the FEC is legendary for not really penalizing anybody, so any penalty of significance from the FEC is noteworthy,” he told the Courier Journal. “And $21,000 — although it’s not a bank-breaker for a presidential campaign, it’s not nothing, either."