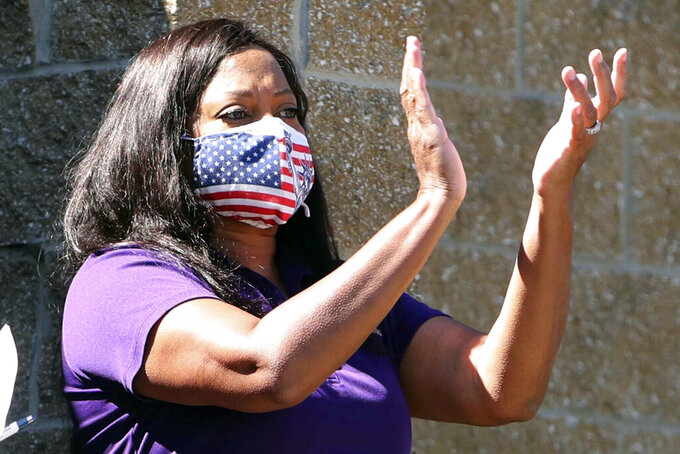 COLUMBUS, Ohio (AP) — House Democrats are calling for action on legislation that would remove time limits restricting when sexual assault victims could file lawsuits against their perpetrator. The lawmakers are also urging that hearings be held on a bill that would lift caps on pain-and-suffering awards in lawsuits brought by rape victims.

The bills in question focus on separate issues encompassing sexual assault. One involves lawsuits brought by long-ago survivors of sexual abuse, a measure backers say could assist both victims of priest abuse and — in a recent high-profile case — abuse perpetrated on hundreds of student-athletes by former Ohio State team doctor Richard Strauss. That bill would also eliminate the spousal exception for marital rape.

The issue is not partisan, said Rep. Tavia Galonski, an Akron Democrat.

“We have a combining of victims now coming forward, and survivors, friends of survivors, family of survivors, combining with the Strauss victims who’ve been reaching out to our office to contact us,” she said at a Thursday news conference.

A separate Republican bill meant to assist survivors of Strauss is stalled, and a GOP lawmaker last week suggested it was never meant to pass but only pressure Ohio State to settle. A federal judge dismissed some of the biggest unsettled lawsuits against Ohio State last month, agreeing with OSU’s argument that the legal window for such claims had passed.

A message was left with a spokesperson for the House Republican caucus on the bill's fate.

The university previously reached nearly $47 million in settlements with 185 survivors – an average of about $252,000 – and separately offered plaintiffs in certain remaining cases an individual settlement program that recently closed.

Roughly 400 men and one woman had sued Ohio State since 2018 over its failure to stop Strauss despite concerns they say were raised with school officials during his two-decade tenure, as far back as the late 1970s. Many of the accusers say they were fondled in medical exams at campus athletic facilities, a student health center, his home or his off-campus clinic. Strauss died in 2005 and no one has publicly defended him.

The pain-and-suffering caps bill is meant to address an issue that gained notoriety in 2016 when the Ohio Supreme Court — interpreting state law — threw out a $3.6 million jury award to a woman raped by her pastor at age 15. The court reduced the award to about $385,000 based on a 2005 law meant to limit awards in lawsuits, sometimes known as tort reform.

The court is now considering a case that seeks to declare such limits unconstitutional when it comes to underage victims of sexual assault. That case involves a Cuyahoga County judge's decision in January to cut a portion of a $20 million jury verdict to $250,000 under the same 2005 law, in a case involving a woman repeatedly raped as a child.