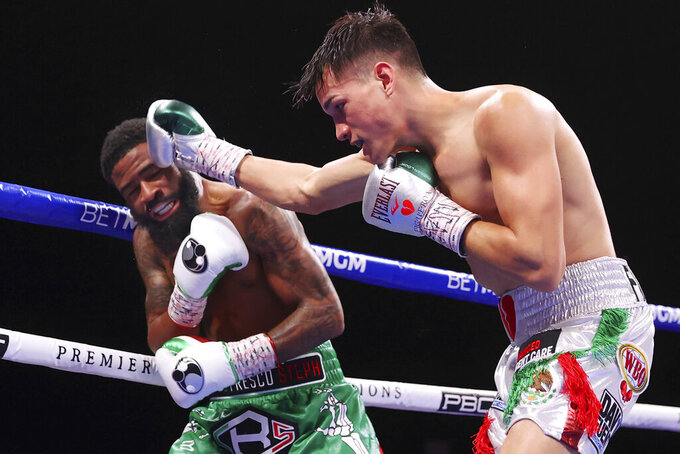 The showdown was set up earlier this year with each fighter capturing a world title by defeating an undefeated opponent, as Fulton bested Angelo Leo in January to capture the WBO belt, and Figueroa stopped Luis Nery in May to earn his WBC title. The champions combined to throw over 1,700 punches over 12 rounds according to CompuBox.

In the sixth round, each fighter landed power shots, with Figueroa connecting on 36 to Fulton’s 34. In a frantic 10th round, Figueroa looked to have Fulton hurt after numerous flurries of power punches. However, Fulton was able to recover in the final two rounds to win both the 11th and 12th on two judges’ cards.

Both fighters believed they had done enough to win and were open to a rematch.

“I was catching him in between every shot he was throwing,” Fulton said. “He was making it sloppy and rough.”

Figueroa said: “I hurt him like five or six times. I put the pressure on for the whole 12 rounds, landed the cleaner shots and hurt him. I thought I only lost four rounds at the most.”

In the co-main event, top super bantamweight contender Ra’eese Aleem remained unbeaten with a majority decision over Mexico’s Eduardo Baez in a 10-round bout.

“I’m coming off a long layoff, so I was a little bit rusty,” Aleem said. “I wanted to stop him, but he kept bringing it. I did what I had to do.”