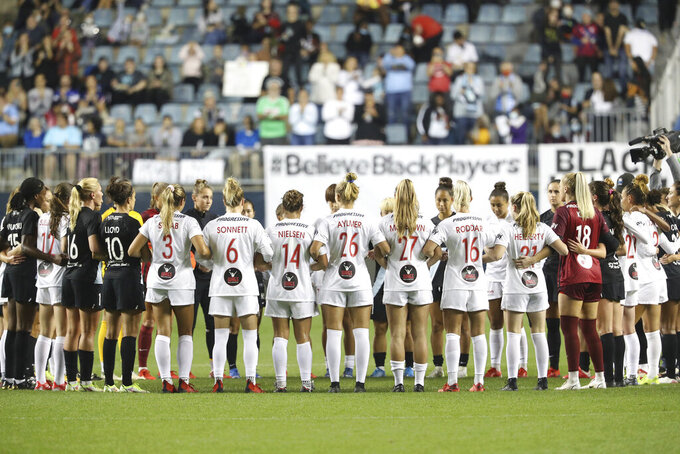 CHICAGO (AP) — The National Women's Soccer League is moving its championship game from Portland, Oregon, to Louisville, Kentucky, at the request of players.

The Nov. 20 title match was originally scheduled to kick off at 9 a.m. local time at Providence Park to fit the CBS broadcast window. But players objected to the early morning start.

The start time at Lynn Family Stadium, home of Racing Louisville, is at noon local time.

“The NWSL Championship is a marquee event for the players, the league and women’s soccer in the United States and the league wants to ensure that the players are in a position to perform at their highest level. The change in time zone will allow a later start that is more suitable for players and attending fans,” the league said in a statement Thursday.

The NWSL's playoffs, set to start Nov. 7, were expanded this season to include the league's top six teams. The top two seeds earn byes to the semifinals.

The league said fans who had already purchased tickets will be contacted regarding refunds.