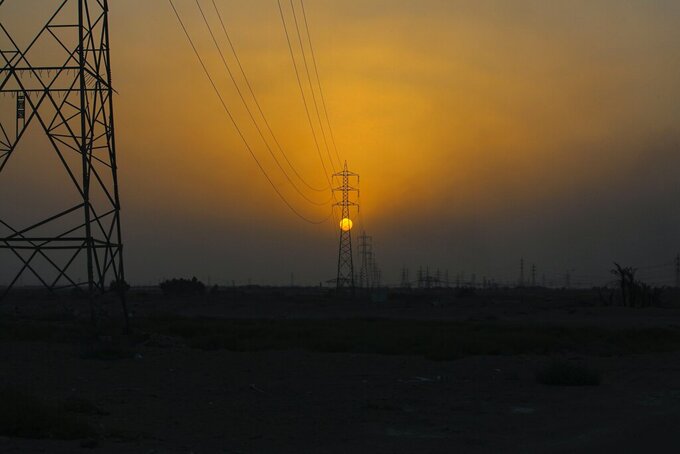 In a statement, the ministry said the total electricity supply was drastically reduced after Iran stopped exporting 5 million cubic meters of gas daily to Iraq. The gas imports are crucial for Iraq to meet soaring demands for electricity during the peak summer months especially in the southern provinces.

“The Iranian side has demanded payment of the financial obligations for the gas fees from the Iraqi side,” the statement said. Iraq has been unable to make payments totaling about $1.7 billion because of the failure of political elites to form a government eight months after national elections. The caretaker Cabinet that's in place does not have the authority to make the payments.

The Electricity Ministry said it was in contact with Iran to find a solution to addressing the debt and resume power supplies.

Iranian energy imports account for more than a third of Iraq's energy needs during the scorching summer months. Because of U.S. sanctions against Iran, Iraq must also qualify for sanctions waivers in order to pay Tehran for its energy exports.

In the summer of 2018, Iraq's failing power grid was a key reason behind violent protests in the southern oil-rich province of Basra. The following year, mass anti-government protests broke out across the capital and Iraq's southern provinces over failed public service delivery, including electricity.