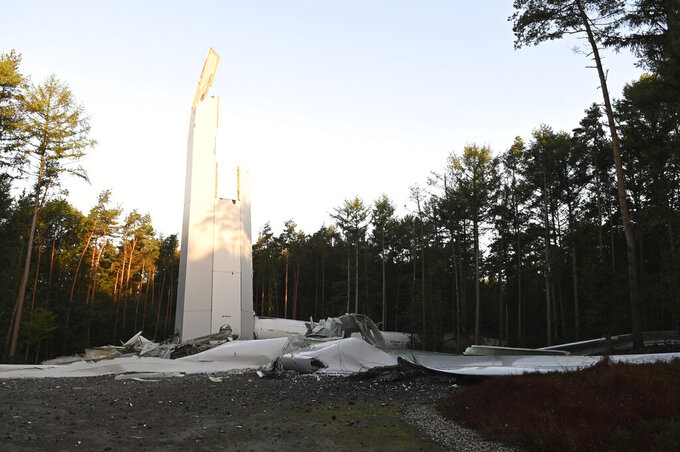 Guido Bludau, ASSOCIATED PRESS
Remains of the tower of a wind turbine stand in the forest in Haltern, Germany, Thursday, Sept.30, 2021. The wind turbine, which is almost 240 metres high, has collapsed. (Guido Bludau/dpa via AP)

BERLIN (AP) — Officials in Germany are investigating why a huge wind turbine collapsed just hours before it was due to be officially inaugurated.

The turbine, whose rotor blades reach a height of 239 meters (784 feet), toppled over late Wednesday in a forest near the western town of Haltern.

The wind turbine was scheduled to be officially launched Thursday, though it was connected to the power grid six months ago.

Germany is trying to ramp up its use of renewable energy such as wind and solar as part of a transition away from fossil fuels and nuclear power.