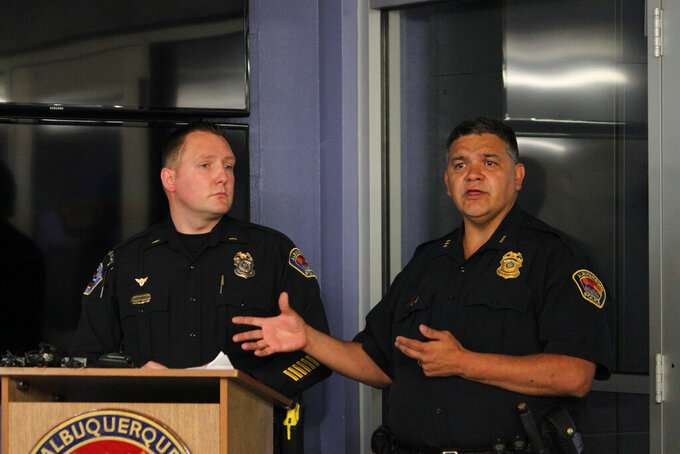 ALBUQUERQUE, N.M. (AP) — The U.S. Department of Justice says New Mexico’s largest city has made enough progress with court-ordered police reforms that oversight of much of the ongoing process will be turned over to Albuquerque officials.

The announcement was made Thursday with a new joint court filing that outlines what the city will be responsible for monitoring going forward. Regular reports on compliance will be required.

The Justice Department and the city reached a consent decree several years ago to overhaul the police force in response to a series of deadly shootings that pointed to patterns of excessive force, constitutional violations, and a lack of training and oversight of its officers. The terms of the agreement included new training and protocols for investigating shootings by officers.

Officials with the Justice Department and federal prosecutors said the city over the last two years has been moving in the right direction with sustained compliance for significant portions of the consent decree.

New Mexico U.S. Attorney Alexander M.M. Uballez pointed to the work of police officers as well as community advocates in reaching the milestone.

“Successful self-assessment is the cornerstone of true reform, and the Albuquerque community should expect no less," he said in a statement.

There are nearly two dozen consent decrees in place across the United States. The Justice Department has pushed to make the process more efficient and less expensive, with Attorney General Merrick Garland in September introducing budget caps and hearings after five years to determine if the agreements should end.

Republican U.S. Rep. Yvette Herrell of New Mexico earlier this year urged Garland to end the consent decree, noting that Albuquerque had spent nearly $25 million on it, including $10 million in monitor payments, and yet the city was dealing with record homicides.

Albuquerque officials have long complained about the cost of the federal monitoring and other critics have said the consent decree has complicated reform efforts.

Police Chief Harold Medina earlier this summer acknowledged what he called “a roller coaster of successes and failures” but said recent achievements have helped improve morale and recruiting.

Medina also vowed that the city will maintain high standards as part of the self-assessment process.

“I am pleased we have finally found a light at the end of the tunnel in the reform process. We overcame many challenges to get to this point," Medina said Thursday.

Among the things Albuquerque will be self-monitoring is a multi-agency task force that investigates shootings by officers. It will also track training and policy development for specialized units, including the SWAT team, canine unit and bomb squad.

Revisions of field training for new officers and publishing information on how people can file complaints will be among Albuquerque's responsibilities.

Federal officials also said the Albuquerque Police Department has been successful so far in developing a comprehensive recruitment and hiring program. In a recent report, the federal monitor who had been tracking the city's progress noted that the department had increased interest in joining the force at a time when recruiting has become more difficult nationwide.

The department also has improved the timeliness and quality of its investigations into claims of excessive force. A contractor reviewing a backlog of internal affairs cases reported in August that much work still needed to be done but there were substantial improvements in the tone and tenor within the department's internal affairs force division.

Albuquerque also recently hired retired judge Victor Valdez as the superintendent of reform for the police department. His duties include developing the city's self-monitoring system.