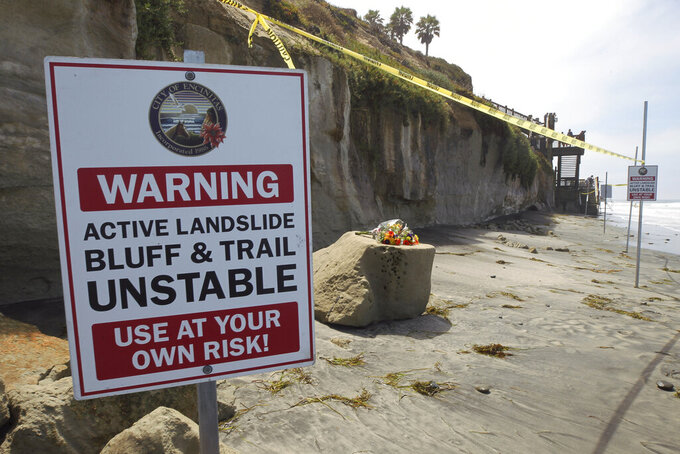 Local governments and the North County Transit District have spent millions buttressing sections of the bluffs in Del Mar that have collapsed in recent years, causing delays for passenger and cargo trains.

The project is slated to cost about $2.5 billion, the newspaper said.

Officials have said the main reason the bluffs are failing is that urban runoff seeps into the ground when residents and businesses irrigate their properties. Coastal erosion from waves and wind also plays a significant role.

The nearby Torrey Pines State Beach saw a sizable cliff collapse last Wednesday, which sent boulders bigger than a car tumbling onto the sand, the Union-Tribune reported. Nobody was hurt, according to law enforcement.